The D11 motorway near Horní Počernice was closed: due to the demolition of the bridge

In addition to a large amount of reinforcement, which did not match the original project documentation, complicated work high voltage cable. The workers discovered it in the supporting structure, it was also not included in any documentation and it was proud. Thus, instead of the planned 16 hours, the motorway was closed in the direction of Prague for approximately 48 hours and in the direction of Hradec Králové for more than 60 hours.

In connection with the cable found in the bridge structure, Pražská energetika (PRE) told ČTK today that the work of the power engineers around the said cable lasted a maximum of an hour. PRE spokesman Petr Holubec further clarified that it was not a high voltage cable, but a historic interconnect cable with a voltage of one kilovolt, which is a low voltage level.

“The cable in these places was before the construction of the highway more than 40 years ago and during its construction, it was unnecessary stored and covered in a bridge structure instead of being under the highway to facilitate work. The builders of the highway and the bridge at that time did not inform anyone about this change, therefore it is not even drawn in historical paper documents, or in digital maps, “said a PRE spokesman, adding that the PRE breakdown service sent a platoon of power engineers to the scene immediately after the announcement of the electric cable shortly after midnight on Sunday. According to Holubec, the power engineers will ensure that they do not have a cable and at 1:25 they handed over the place to the workers for demolition.

Who is to blame?

The delay was criticized on Monday by the Minister of Transport Karel Havlíček (for YES). “The deadline on D11 must end as soon as possible and the culprit of this delay of more than 24 hours from the transport arteries of the republic should be responsibleAccording to him, the Ministry of Transport will initiate proceedings to financially punish the culprit.

The investor and builder is TSK Prague. The decision to allow the closure is marked as the person responsible for carrying out the construction work of COLAS CZ as, the ministry said. TSK does not want to comment on the delay yet. “The company’s management will have a complete report prepared, which will include both the preparation of demolition and the demolition work itself and their execution, and the complete procedure of permitting processes, “TSK spokeswoman Barbora Lišková told ČTK.

Even an hour in the column

The closure of the D11 motorway complicated traffic in eastern Prague. At the detours, convoys formed in places, and, according to information from the Prague Integrated Transport (PID), suburban buses took up an hour’s delay. 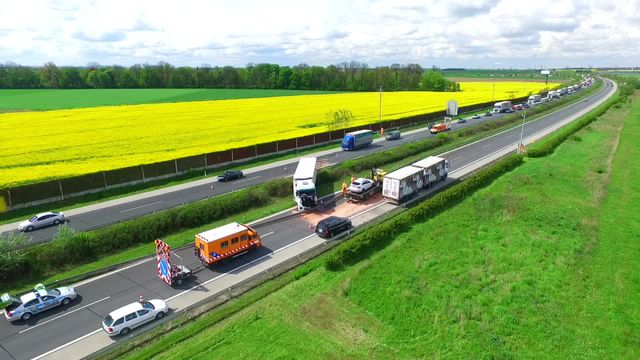 A truck crashed on the D11 motorway, and columns began to form in both directions. (illustrations from 2017) David Malík 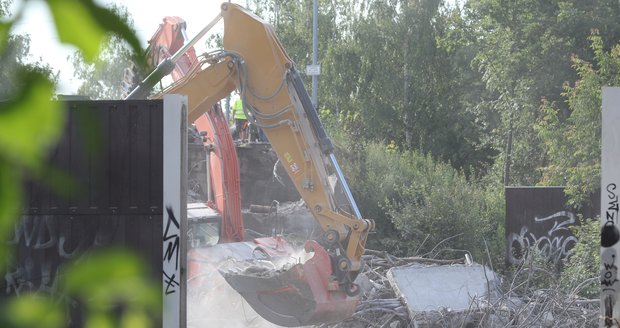 Collapse on the D8 motorway. The fatal accident completely closed the way to Prague

The Avril Lavigne concert in the Czech Republic has a new date, it will arrive in Prague in March

Miroslav Bobek: The highest award for the Prague Zoo

‹ The D11 motorway is reopened after the demolition of the bridge, the ministry is looking for the culprit of the delay › He makes the best kebab in Prague at a stand in Podolí. He translates Turkish recipes on Google