Holešovice Marketplace: The place will change, Prague has announced a competition

“The subject of the solution will be the entrances to the complex, the individual cors and squares, the spaces between the halls and the furniture. We demand that the solution respect the historical form of the market, but also reflect the most modern approaches to landscape architecture, including consideration of the needs associated with climate change, “said Deputy Mayor Pavel Vyhnánek (Prague Sobě).

After the announcement of the results of the competition, the winning proposal will be according to the municipality carry out for several years in coordination with planned building renovations. The city assumes that the reconstruction of public spaces will cost hundreds of millions of crowns.

According to Vyhnánek, the city wants the complex as green as possible and I use rainwater. Participants in the competitions will also have to take into account the monument protection of the area. Topics will also be new entrances, especially from Argentinská Street, near which the construction of a new city district of Prague-Bubny will be planned in the future.

According to the city’s information, the entrance from Jateční Street at the Alza e-shop is also waiting for modifications, including the solution of the now unsatisfactory traffic situation. The reconstruction should also concern the main entrance from the waterfront, at which a new footbridge between Holešovice and Karlín, which the city wants to start building this year, should open.

The competition will be two-round, in October the jury will select five from the submitted proposals, which will advance to the second round. The competition was announced by the city in accordance with the rules of the Czech Chamber of Architects and its organizer is the CCEA MOBA office. The jury will be led by architect and urban planner Gabu Heindl from the Viennese studio Gabu Heindl Architektur. Other members of the jury will be French architect Régis Guignard and Irakli Eristavi from the Slovak studio zerozero. The jury will be represented by Štěpánka Šmídová, Marek Obtulovič, Jiří Žid and Jiří Kotal.

The area of ​​the original Prague slaughterhouse was founded in 1895. It functioned as a slaughterhouse until the 1980s, when it began to change into a market. The area was declared a cultural monument in 1993. 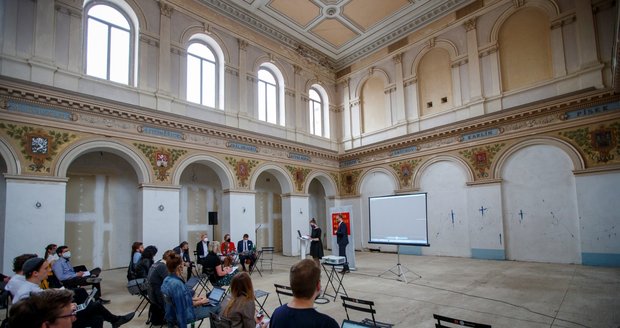