Foreign filmmakers are beginning to return to Prague after the coronavirus break. Already in June, people on the street could come across the famous American actor Adam Sandler. At the turn of June and July, the most expensive film from Netflix called The Gray Man, starring Chris Evans and Ryan Gosling, began filming in Prague. Filming takes place, for example, at Rudolfinum or Letná. Take a look at the big overview where you can come across filmmakers and famous stars in the coming days.

The famous actor Adam Sandler shot the film Cosmonaut from Bohemia for Netflix at the beginning of June, in which he plays the main character Jakub Procházka, a lonely pilgrim through space. The film was shot in Prague for fifteen days, and in addition, Sandler attended, for example, the training of basketball representatives. He also managed to take pictures with a number of his fans.

The Czech basketball players who are finishing preparing for the European Championships had an unexpected visit to our actor Adam Sandler’s training yesterday. The Hollywood celebrity, who is preparing to shoot the film Cosmonaut from Bohemia in Prague, …

Film fans will also enjoy themselves in July. This week, a new fill, The Gray Man, starring Chris Evans and Ryan Gosling, is being shot on Dukelských hrdinů Street in Letná. The entire street from Strossmayer Square to the Exhibition Grounds has become the scene of an action car chase. The film will be shot in Prague until July 20.

The already mentioned street is closed to cars, bicycles and public transport this week. According to the production, the street will also be closed to pedestrians during the filming of the action scenes. The filmmakers announced that they would arrange transport by golf carts for the elderly and less mobile.

Filming in the very heart of Prague

In addition to Letná, it will also be filmed in other places, especially in Prague 1. The city district has even set up its own website, where it informs about all the news and restrictions related to filming. Those interested will find it here. Prague 1 has also prepared a map on these pages, in which there is a preview of the location where, when and what will be filmed on Jednička.

Currently, in the very heart of Prague, people will be able to meet the already mentioned Chris Evans and Ryan Gosling, who, in addition to Letná, will also admire the historical core of Prague. The main locations where it will be filmed are Palachovo náměstí, náměstí Republiky and Dvořákovo nábřeží.

From July 3 to 6, the film was shot, for example, on Mánes Bridge, Jan Palach Square and around Rudolfina. The filmmakers will gradually return to the last mentioned places a few more times, on July 10 and 11, and then on July 17 and 18.

People will also be able to see the filmmakers on Čech Bridge or on a part of Dvořák’s embankment. It will be filmed here on July 9 and 10, and then on July 12.

Republic Square will also turn into a film set, where the filmmakers will arrive on July 15 and 16. 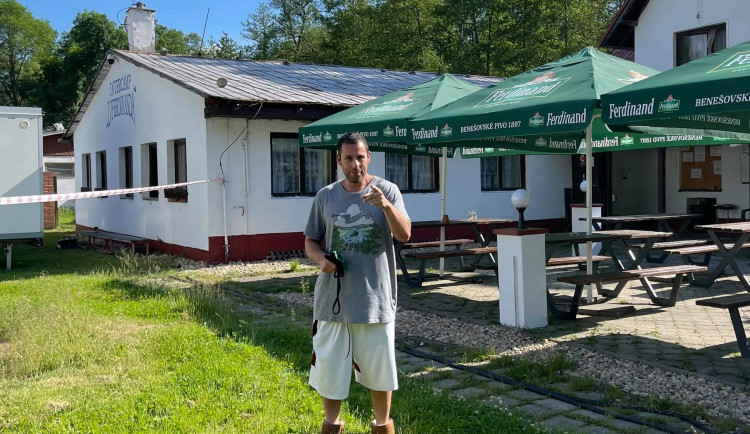 Large foreign film and television projects are being shot in the Czech Republic again, and some well-known actors are coming with them. The staffs are attracted to the country by domestic film incentives. Thanks to them, part of Netflix’s most expensive project will be filmed in Prague in July, …

Famous places with a cinematic look

Due to the filming, many places not only in the center of Prague had to change. For example, a fountain with a fountain has been added to Jan Palach Square. Prague 1 even voted on its Facebook on whether they like the new element in the square. 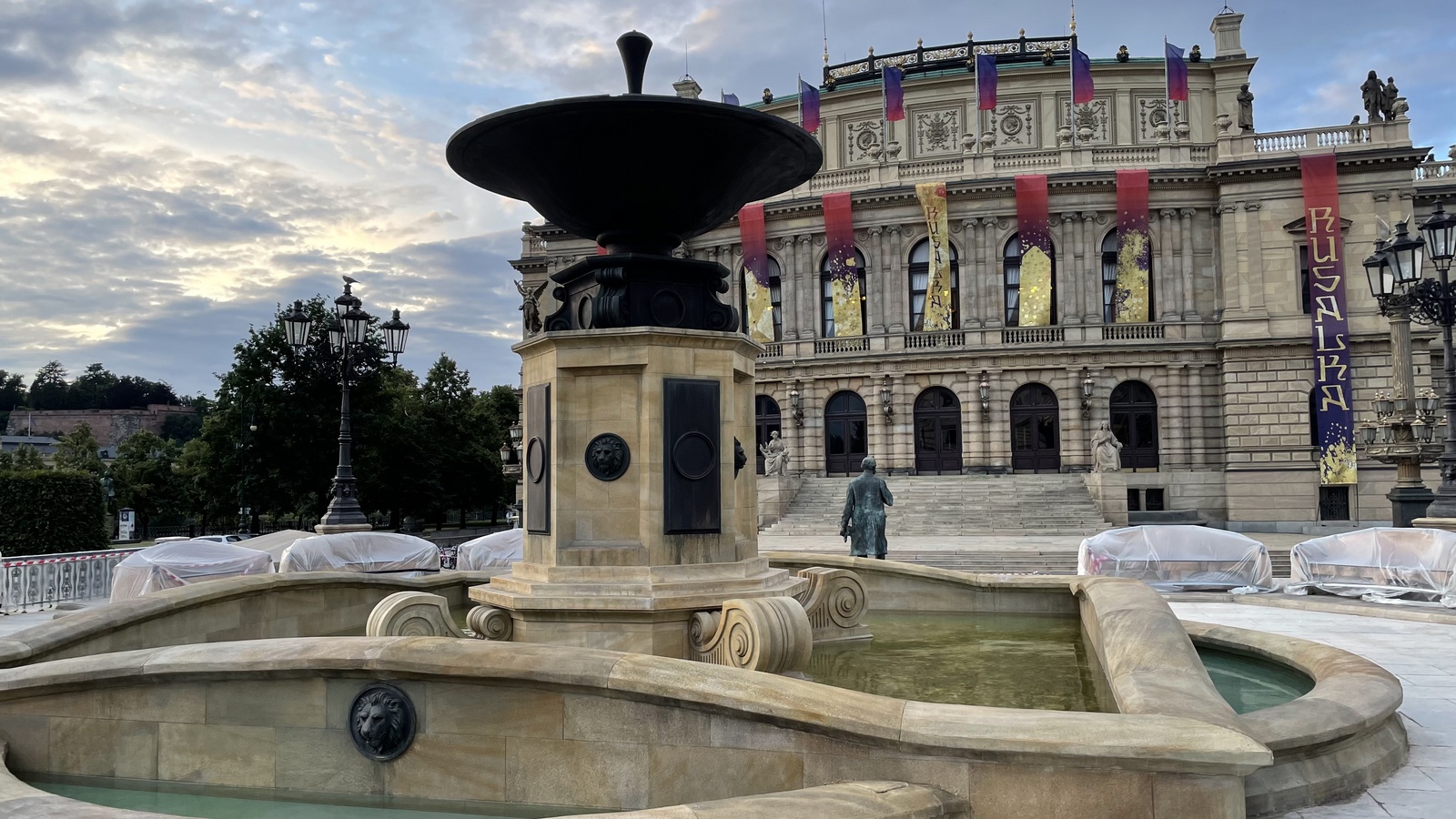 There have also been a number of traffic restrictions in the center of Prague due to filming. From Friday 2 July to Tuesday 6 July, trams and buses did not run through Staroměstská. Line number eighteen was diverted, from Malostranské to Újezd ​​and across the Legion Bridge to the National Theater. 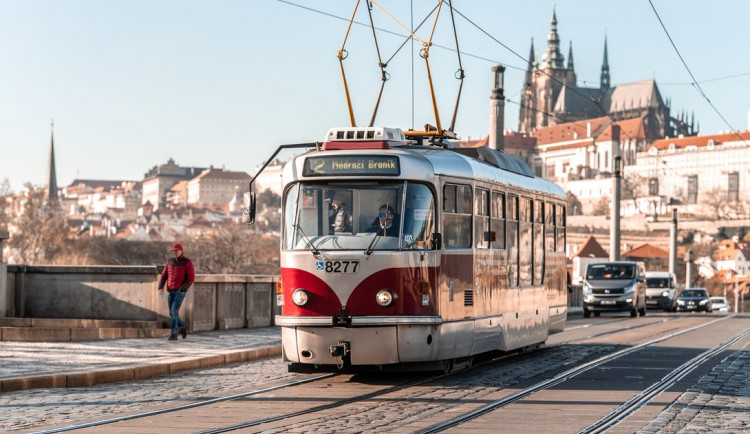 The operation of trams and buses across the Old Town and between the Exhibition Grounds and Strossmayer Square will be interrupted by filming. From Friday to Tuesday evening, trams will not run around the Rudolfinum and between the Strossmayerovo náměstí and Výstaviště …

In the streets of the capital, Praguers also had the opportunity to see the famous actor Orlando Bloom. He returned to the Czech Republic thanks to the filming of the second series of the Carnival Row series, in which he plays together with Cara Delevingne. Among other things, the filming also took place in the Prague Market Square, in the week of 21 June.

In the streets of Prague, it is also possible to meet the actress Rosamund Pike, who is shooting the second series of The Wheel of Time in the metropolis. 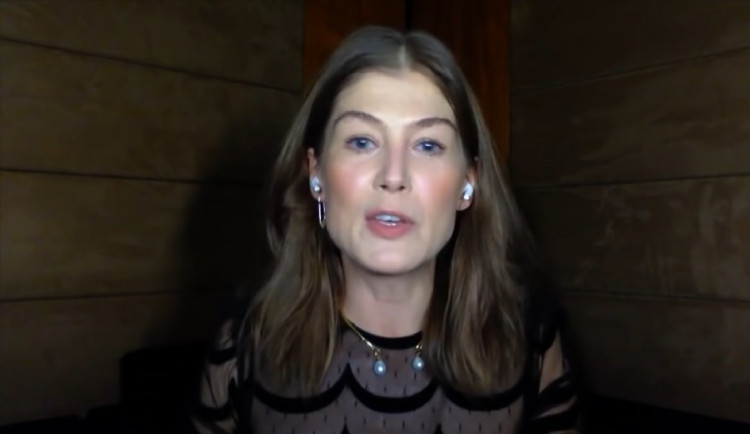 British actress Rosamund Pike, who is known, for example, from the Bond film Don’t Die Today, moved to Prague with her family to shoot the series The Wheel of Time. He has been living in the Czech Republic for a year and a half. In addition to Prague, she also visited Český Krumlov, about which …