The Irish should not be short of customers in Prague. The recent period of the boom in shopping centers and the development of shopping classes is that the Czechs are enjoying a cheaper and less conspicuous fashion. This is represented by a chain from Germanic or Anglo-Saxon countries and in recent years also by rapidly expanding Polish brands. This is one of the reasons why Primark is usually compared to the popular, affordable Polish Pepco stores. On the contrary, fashionable brandies from the Mediterranean are still on the fringes of interest in the Czech Republic.

“There is a clear preference for chains from German-speaking countries, especially among the middle-aged generation,” says analyst Martina Drtinová from Incomind. The year with the pandemic, when weaker pieces fell off, only confirmed the long-term trend. Already last spring, the French brand Camaieu left the Czech market, and soon its compatriot Promod vacated its stores. Years ago, the French brand La Halle, which had large stores in shopping malls, also failed in the Czech Republic.

Italian clothes do not fit Czechs

The entrance to the Milan fashion house Conbipel, which had a rented two-storey unit right at the entrance when the Palladium shopping gallery in Prague opened in 2007, ended in fiasco. The youthful Italian brand Guru did not stay in Palladium for a long time. The iconic Benetton also withdrew from there, which over time reduced the number of stores in the Czech Republic.

The promising expansion of the Italian Carpisa handbags business also resulted in a reduction in stores after a few years. Calliope stores have also been closing recently. The Florentine brand Sasch disappeared from the main railway station in Prague together with the company Grandi Stazioni, which reconstructed the hall.

On the other hand, the German Orsay is the only clothing chain at the main station. In addition, the Dutch, German-based brand C&A and the German New Yorker, as well as the popular Tchibo, have settled well in the Czech Republic. 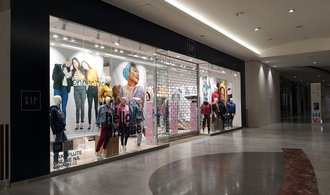 The Anglo-Saxon fashion world is abundantly represented by Marks & Spencer stores. The Swedish H&M network also has a unique position, followed by the Swedish Lindex. On the contrary, their compatriot KappAhl left the market some time ago, but he had a problem with a poorly set business strategy across Europe.

“More expensive brands are leaving the market more often, but price is certainly not the only factor. The cuts of Mediterranean clothing brands are not ideal for Czech characters, ”primarily Drtinová.

Polish networks are also “on the line” online

The Spanish giant Inditex also has a limited customer base in the Czech Republic, the most famous feature of which is Zara and the Pull and Bear targeted at younger years. It is young people who buy clothes and accessories a lot online, which has been exacerbated by the pandemic. Polish traders are also consolidating their positions on the Czech market.

“Among the best-selling brands on our search engines are those belonging to the Polish company LPP, ie Sinsay, Reserved, Mohito and Cropp,” says Kristýna Rakovská, fashion manager of the Glami fashion search engine. The cheaper French brand Gate or the sports fashion of the American brand Under Armor also appear on the front ranks.

“Outdoor and sportswear from the Lidl and Decathlon stores with their own brands, such as Quechua, Crivit or Kalenji, also holds high places in the ladder,” adds Rakovská.

‹ A unique Veteran Mania exhibition has been open in Prague since Friday › Prague will build the Dvorecký Bridge. The city will announce a tender for CZK 972 million for the construction