The municipality will fire the officials. Unlike the government, we are not afraid of that, Hřib said

By the end of this year, the Prague City Council will lay off seven percent of the approximately 2,300 employees, ie around 160 people. Another roughly seventy are to leave the following year. The office will be dismissed across all unions. The aim is to save operating costs and support digitized communication with the public. 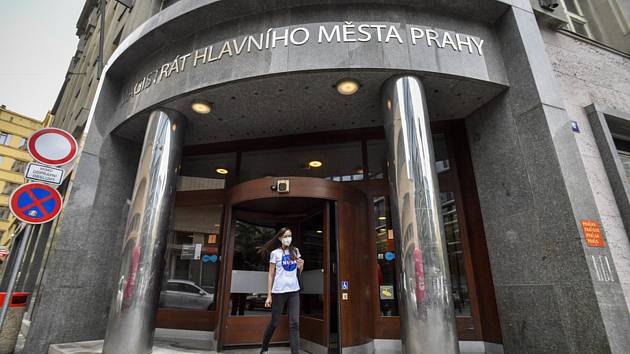 The building of the City of Prague in the Škoda Palace in Prague on September 1, 2020.

“The main reason for our tax decision was the loss of the city’s revenue due to the disease of the covid-19 budget and the government mayor once,” said Zdeněk Hřib (Pirates) on Monday, according to which they will not trigger any further organizational changes. In recent years, the municipality has merged or divided several departments.

Hřib expects that thanks to “personnel optimization”, the municipality will save up to 180 million crowns a year. Testimonials will start during the summer. Municipal officials work in several buildings in more than 30 departments.

Mushroom: We will fire ten percent of the officials this year. We don’t need a new building

In February and March this year, the directors of the individual departments of the municipality prepared and submitted audits of their departments, where their task was to “rationalize the number of positions”. In April, these materials were discussed with them by the municipality’s management, according to a document approved by councilors.

We will reduce the municipality by 10% of officials. We want an efficient digital office that saves taxpayers money. Our country needs less bureaucracy. We are not afraid of that. Unlike the government, which has employed an additional 30,000 officials over the last 8 years for CZK 108 billion.

Mayor Hřib told ČTK in May that the downsizing of the office should be combined with the improvement of internal processes, which simplifies the implementation of current agendas with the help of digitization. In relation to citizens, the launched Prague Portal is to help, for example, through which people in Prague can gradually solve the expanding summary tasks for which they have so far had to take office.

In a tweet on Tuesday, he dug into the prime minister of Andrej Babiš (YES), when he reminded that the municipality had “slimming down” proved that, unlike the government, it was not “afraid” of less bureaucracy. Under Babiš’s leadership, state spending on officials has increased by 108 billion crowns over the last eight years.

Vyhnánek: We will not build Metro D and the circuit without the help of the state

According to thirty documents approved by councilors, steps are now being taken to eliminate jobs and discuss everything with unions. After the deadline has been reimbursed, the Office will start dealing with specific dismissals with the staff concerned, due to redundancy. The dismissed employee will be paid severance pay, which for some will reach up to seven times the salary.

Election 2022 | A coalition is slowly emerging in the city streets, it is clear in Prague 2 and 4

Japanese-Czech inspirations in the Pilsen Philharmonic

‹ The Prague City Hall will lay off, over a hundred officials will leave › Prague – Venice by train for 855 CZK. Czech Railways significantly offers available tickets abroad