Dolní Lomnice: A biker did not survive the tragic accident

One dead and two injured. Such is the balance of the tragic accident in which a motorcycle collided with a car. “The accident occurred shortly before noon on Sunday, “Zdeněk Chalupa, a spokesman for Central Bohemian police officers, told Blesk.

“There was a collision between a motorcycle and a car, which injured three people. Unfortunately, the biker’s injury was mortally, “The spokesman added. “Despite several tens of minutes of effort, the drivers (50) of the motorcycle failed to revive the rescuers,” added Petra Homolová, spokeswoman for the Medical Rescue Service of the Central Bohemian Region.

Two women were also injured in the accident. “My co-driver has suffered on a motorcycle spinal injury and was airlifted to the Central Military Hospital. The driver of the car traveled to the General University Hospital with moderate injuries, “said Homolová.

“In the accident, both vehicles, both the car and the motorcycle, caught fire, “He added, adding that the assistance of firefighters was necessary. The cause of the tragic event is now being addressed by the police. 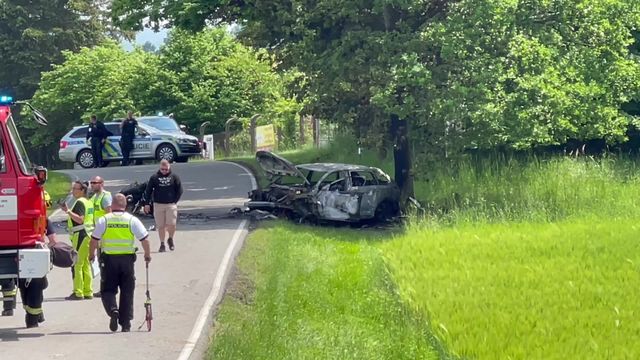 A tragic accident occurred in Dolní Lomnice, which is located in Prague-East. A motorcycle collided with a car. (June 6, 2021) Aktu.cz 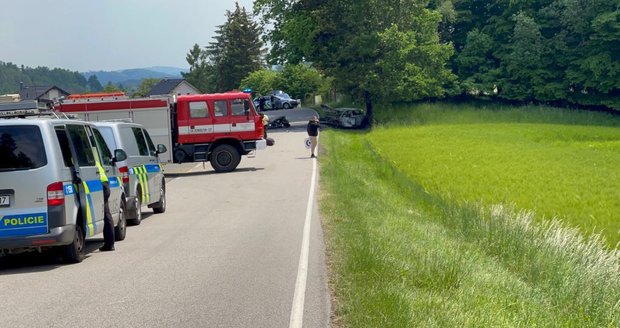 A tragic accident occurred in Dolní Lomnice, which is located in Prague-East. A motorcycle collided with a car. (June 6, 2021)

‹ The Liechtenstein Palace in Prague and the Beneš Villa in Sezimovo Ústí open to people – ČT24 – Czech Television › From Pankrce to Nov Dvory. The management of Prague has agreed to start construction of the first section of the D | Home