Řehoř ends up as the head of Prague Airport

Gregory’s term ends on June 27. “He respects the shareholders’ decision and my main goal for the next few days is to maintain maximum continuity in the management and operation of the company. We work with other members of the board to pass the agenda and ensure this continuity within Prague Airport is a strong and stable company with a clearly defined strategy for future development, “said the current head of the airport.

Although the selection procedure is announced for the position of a member of the Board of Directors, he should subsequently be entrusted with the management of the entire company Letiště Praha. Among the requirements for applicants, the ministry has included, for example, at least ten years of experience in the company’s top management in aviation, transport or tourism.

“In connection with the dynamic development in air transport and new acquaintances, we consider it appropriate to declare a selection procedure for a member of the Board of Directors of Prague Airport, in which we assess the visions and ideas about the future direction of this strategic state participation. said Zdeněk Vojtěch from the Ministry of Finance on Monday. According to him, the office appreciates Řehoř’s seven-year work at the head of the company. 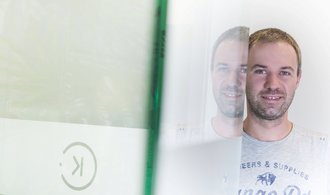 Air traffic has had to reduce the coronavirus crisis for more than a year. Last year, after years of record passenger numbers, Prague Airport lost 79 percent of its passengers compared to 2019. In total, it handled 3.66 million, which means that in the last 25 years. Last year, Řehoř repeatedly stated that the company lost about one hundred million crowns a month. Now traffic is slowly strengthening, in April the airport handled almost 102,000 passengers, which was about 15 percent more month-on-month.

Is this the Czech youth? Prostitution, drugs, booze and rape. Its participants will be ashamed of Prague – day & night

‹ Trees like “hens in a cage” disputed experts. Prague has a problem with caring for greenery › Primark has opened its first branch in the Czech Republic. In addition to cheap copper, these floors also offer a range of products Business