‘Evacuating a gorilla family over floods would be a suicide act. ‘Not only they will get a new home in the Prague Zoo | Home

It will be the most modern pavilion in the entire zoo, which, according to the management of the capital city of Prague, of which the zoo is a contributory organization, can withstand international comparisons.

The old gorilla pavilion was completed in the late 1990s and is located in the southern part of the zoo, which has been significantly affected by floods twice in the past. Evacuating a gorilla family from a flood tower, according to the director of the Prague Prague Zoo Miroslav Bobek, was a suicide operation. The original pavilion has also become somewhat obsolete, both in terms of space for animals and space for visitors. A flood tower was built above the gorilla pavilion, for example during the millennial water in 2002, which hit the zoo, gorillas had to be evacuated from here as well.

The visitor area was very small, which, according to Bobek, was a long-term pain. The new building will be many times larger. “It’s not about new animals, but about the fact that animals will become better and better here thanks to new technologies and new knowledge about breeding,” said Deputy Mayor of Prague Petr Hlubuček (United Forces for Prague). 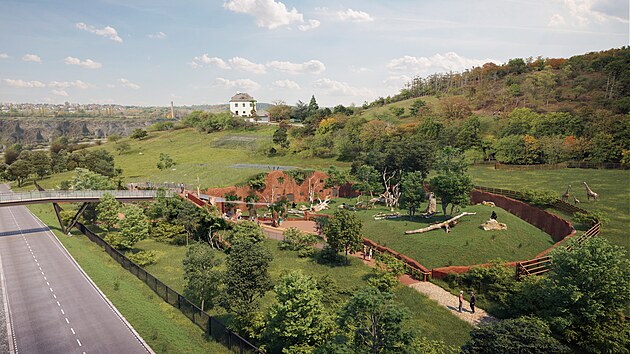 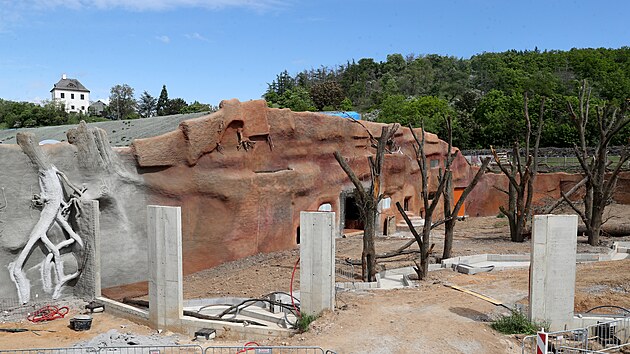 The new pavilion has found its place under Sklenářka, a homestead standing on a hill in Prague 7 – Troja. The specific location was overgrown with a raid and there was a field, it was not a naturally valuable part of the park Drahaň-Troja, which starts again behind the pavilion. According to director Miroslav Bobek, the choice was very difficult, because they were looking for a sufficiently large space and at the same time a good microclimatic place. For example, the opposite northern slope away from the new pavilion would not be optimal and the same error would occur, but in the opposite guard, as in the construction of the polar bear enclosure, which was built with the then leadership with a southeast orientation.

The pavilion is partially sunk into the ground and will have a roof covered with greenery, so it will not be very noticeable in distant views. According to Bobek, it is conceived in the spirit of the motto that the Prague Zoo honors: “The best building in the zoo is the one that can be seen in no way.”

A new entrance to the zoo is being built on the site, and the Sklenářka bus stop is already standing here. There will also be a new footbridge, which as an overpass will lead over the road that separates the new pavilion – together with the enclosure for giraffes and meerkats – from the rest of the area. It will therefore be the second footbridge to stand here. In the future, another new entrance is to be built here, namely – in the planned planning – Arctic exposition. These two inputs should relieve the overloaded main input. 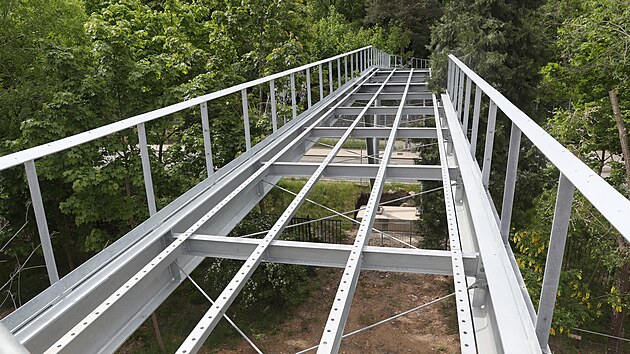 The new pavilion will try to bring visitors to Africa, it will be divided into two main parts: the first, which will ingeniously spread greenery and sounds to evoke the forest, and the second, which will then open to visitors a view of the gorilla clearing. “That’s exactly how you can experience it in Africa,” the director said. The second part will be more purposeful in its concept and will be adapted to a larger number of visitors, who will be able to sit on massive benches and watch gorillas in both indoor and outdoor enclosures. Daylight will fall into the inner enclosure through skylights – shafts – in the roof. The exhibition will be brighter than the spaces where visitors will be to see it better.

As added by garden specialist Eduard Chvosta, the concrete structures in the shape of trees in the first part cover epiphytes, ie organisms grow in the wild on other plants, as well as vines. The pavilion will also offer a modern element of vertical green walls, where the technology keeps the substrate in a vertical position. This technology is now widely used in some cities, whether in the West or in Asia. This section will not be so well illuminated by skylights, so there will be ice lights that will have the entire solar spectrum so that the plants thrive and cannot achieve photosynthesis. 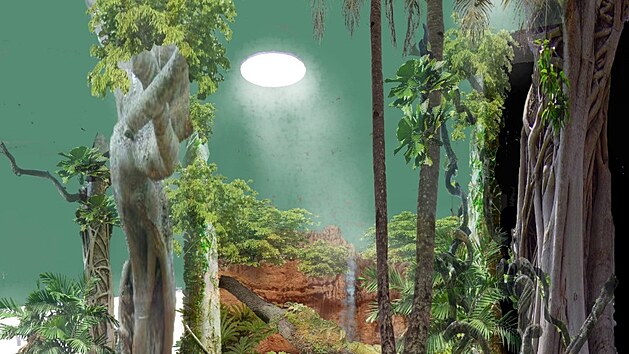 The main exhibition will be occupied by Richard and his group, the accompanying species will be mantle guerrillas. Gorillas, like herbivores, can tolerate other species very well in one enclosure. From the main enclosure, a large gate will lead to an outdoor clearing, which will be distinguished by swamps, a water feature that should otherwise be popular with gorillas.

And yet gorillas will be the main attraction, no other. In the first exhibition after entering the pavilion, giant rats and Egyptian fruit bats will be introduced, which are essential for the environment of a real rainforest, because they spread seeds and pollinate fruits – such as bananas. There will also be hamster mice in the first enclosure, which are often hunted due to bush meat, ie hunting wild animals. “In Central Africa, we love de facto everything. It’s not so much about earnings as it’s a matter of habit. For example, legumes are hunted, which are considered a great delicacy here, but also a large game, including a gorilla, “said the director of the Prague Zoo, Bobek. After deforestation and population growth, this is said to be the biggest problem with nature conservation in Central Africa.

Northern talapoin in the Prague Zoo.

In the opposite exposition – in contrast to gorillas, which are the largest diurnal primates in Africa – the northern talapoin will be seen, which is one of the smallest primates that can be encountered in Africa with its body length between 32 and 45 cm. Porcupines will then share an enclosure with vertebrates. 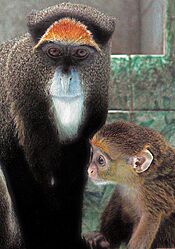 The other parts will be the so-called breeding, as the zoo staff themselves call it. Each group of gorillas naturally mates with each other and breeds both female and male offspring. However, male gorillas must move out of the group as adults, which is due to their social way of life. Therefore, Nechov will use it in use for these grown-up samples, while so far the group is still working together, the enclosure must be filled with another one. Breeders choose Brazzo’s vertebrates and they will stay here even after the gorilla moves in. The lower part of this enclosure will also be enlivened by African brushes, ie brightly colored pigs.

African brush in the Prague Zoo.

There will be paintings on the walls reminiscent of an African village, the pavilion will also contain interactive educational elements and will be spatially sounded so that the sounds will be a little different in each place, which should evoke the atmosphere of the rainforest. There will also be a space to simulate a village school in Africa that will serve educational activities.

Alice Masaryková: 55 years since her death. She founded schools and taught in Prague

Traffic accidents: There are more of them at the shopping center in Advent

‹ Prague Sounds: Yo-Yo Ma: The Bach Project | Slavonic Island (Žofín) › Prague has approved a climate plan to reduce emissions by 45 percent by 2030. The opposition did not support it iROZHLAS