Reconstruction Revolutionary: Start in 3 years and it will come out to about 120 million

Revoluční Street is part of the so-called Hradební korza, which stretches from the Bridge of Legions at the National Theater to Štefánik Bridge at Revoluční Street. As early as 2019, the capital, together with the Institute of Planning and Development (IPR), undertook to prepare a study, which will better connect the whole area and increase the quality of public space, especially for pedestrians and cyclists, and will also adjust the conditions for public transport. The study is divided into several smaller projects, which are addressed in a coordinated manner. One of these projects is the reconstruction of the Revolutionary.

The surface will change and trees will be added

The entire reconstruction is connected primarily with transport services, in addition, the reconstruction of the Hlávek Bridge must be coordinated, so the entire event will be in charge of the transport company. “Reconstruction of the Revolutionary Needs Dopravní podnik for the year 2024, by the end of 2021 it is planned that the selection of the supplier will take place. The estimated costs are then 120 million crowns, “IPR spokesman Marek Vácha told Blesk

As part of the reconstruction, the tram tracks will be leveled and, for example, the surface will be completely changed. Asphalt will replace paving blocks. Part of the public is concerned about this step, mainly because the paving stones could be much noisier in car traffic, which is very congested here. Cyclists are also worried, who think that the pavement will slip and rumble unnecessarily. However, IPR dispels these doubts.

“We already have experience with this paving in Prague, it is laid, for example, at the National Museum. The paving is smooth and has minimal joints, but at the same time it is sandblasted, so je rough and not smudging. The advantage of paving is, on the one hand, that it is aesthetically more suitable for the historical center, and on the other hand, it is lof easy to repair and thus, for example, retention joints around trees. Another indisputable advantage is that it doesn’t burn so much in the summer like asphalt, ”disputes citizens’ concerns on its IPR social networks. For car transport, there will be an extra Revolutionary reduced speed limit to 30 km / hwhich will also help reduce noise.

The sidewalks in the street will be newly widened, equipped with new benches, baskets, bicycle stands and drinking fountains. The proposal also envisages the location of restaurant gardens, which should fit in without any problems. In addition, 30 newly planted trees would have better shade. Tram islands will also be expanded to make them safer, and the stop will move closer to the Vltava.

Grass tram tracks do not have

In such a long street, where the tram tracks lead directly straight, a variant of grassing the tram lane would be offered, but this is not possible according to IPRU. “We design greenery in tram lanes where increased movement across the street is not expected. And also where there is enough space for the passage of firefighters and paramedics. Grass strips are not suitable here. It is suitable, for example, for Sokolovská, a good example is also for Letná, “commented IPR.

On the reconstruction of Revoluční street the transformation of the public space in front of the Kotva department store will follow. “The current entrance to the supermarket will be removed, and it will now be directly from Kotva. The Piazzetta will serve as a place to meet and relax, “concluded Vácha. 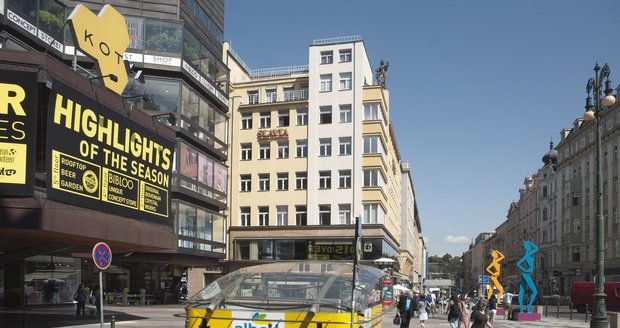 According to Johnová, Prague is increasing its capacities for the care of the disabled. ‘Not enough,’ objects Uzheniya | iRADIO

‹ Outdoor exercise for children – Prague 9 › Prague 10 opens a low-threshold center for youth. It will be operated by the YMCA