History of burning witches: Trials did not escape even Prague

Today, large fires are lit throughout the Czech Republic. The so-called burning of witches is an ancient pagan custom, which is primarily a celebration of the coming spring. Today’s witches we burn, which are most often made of straw or wood. However, there were times when innocent women as well as children were often accused of witchcraft and pacts with the devil. Although witch trials were not as massive in our country as in Germany, most of us are well known for the name of the infamous Judge Henry Boblig of Edelstadt, who enforced fictional confessions in the 17th century by torture. These Horrors are captured in Vávr’s well-known film The Witch’s Hammer, which was made in 1969 based on a book of the same name by Václav Kaplický.

The largest monstrous trials under Boblig’s baton took place mainly in the Jesenice and Šumpersk regions, and witch trials did not escape Prague either. The very first, about which at least some written records have been preserved, took place on May 25, 1498. These women were accused of producing harmful dust for the people, ”Explains historian Petr Kreuz for the Blesk podcast. One of the women was the wife of Jan Kameník, who was a former primate (similar to the mayor, editor’s note) of the New Town of Prague. According to Kreuz, his wife gave him to torture.

“This process was very extensive, a total of about 100 people were investigated, of which the 5 women were executed. Its size could easily match that of the American Salem, where about 125 people were investigated in half a year and 20 of them ended up at the border, “adds Kreuz. Witch trials took place in Salem, Massachusetts in 1692.

Children were also in danger of being burned

The second famous “trial” was the accusation of about 16 boys aged 8-17 from the Jesuit college in Malá Strana for pacting with the devil. “The boys should have managed to summon the devil, which at the time meant you were in witchcraftand. The then Emperor Ferdinand III also became interested in the process. No one wanted it to throw a scandal at the Jesuits, so the dedicated institutions remained extremely enlightened at the time. They set up a commission of inquiry consisting of three doctors of law and one senior civil servant. They had to investigate the whole situation, “Petr Kreuz describes the events.

After three months of searching, the commission finally closed the case that it was just childish recklessness and play, and that the boys were handed back to their parents.. “They were supposed to spank them and make sure the boys behaved appropriately. They were also reminded that it can happen at any time, not only when it is obvious, “adds Kreuz.

Today, as last year, there are no big celebrations of the Philippine Night due to the pandemic. But many of us will definitely have at least a small firecracker somewhere in the garden. While looking into the fire, we can remember the unnecessary victims of the process. The unstable social situation led to hysteria then, as it does today. Crops, diseases, wars and the like. We must not forget our history and, most importantly, we must learn from it. 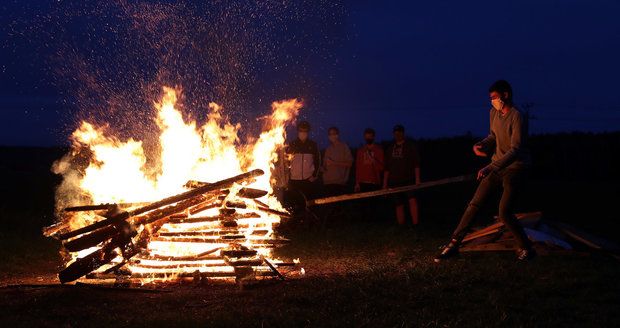 ‹ “We are not Russia, we are not goods.” Ten thousand people demonstrated against Zeman in Prague › 111 places for children in Salzburg that you have to see