Předzahrádky Prague: The city will terminate its contracts, entrepreneurs will be angry

Some restaurateurs and homeowners in the center of the metropolis described the procedure of the capital city council as a failed April joke. “Without discussion and contrary to the promises approved at the time of the closure of the signed companies collective termination of contracts for front garden operators“Their spokesman Jiří Chvojka told Blesk. It is said that they had a promise that the councilors would first discuss the way of solving the front gardens with them. “However, they broke the promise at Monday’s meeting without warning,” Chvojka added.

This also bothers the operator of one of the restaurants on the Small Square, Dana Křivánková. “The idea of ​​terminating the treaties is such a socialist intention, according to which business is evil and the best thing to do is have the city empty as under the communists,” he says. “I run on the basis of valid contracts, my restaurant has paid 50 million in the city fee during that time,” she said at a meeting of the council on Thursday. “There is no will on the part of the city to negotiate and submit proposals. Under the pretext of a discussion, you intend to send us statements that you hastily approved. We are talking about 140 million to the city budget plus taxes, which is not a negligible amount, “Pay attention. Entrepreneurs are now preparing legal action against the decision.

We will not disturb, we will set the rules

The submitter of the proposal, Councilor Jan Chabr (32, TOP 09), but Blesk specified the meaning of the decision: “This is not a disturbance to the front gardens. We are terminating the contracts so that we can conclude new ones, in accordance with the previously agreed compromise. I don’t want to deny anyone the conditions for doing business, on the contrary. However, some front gardens were in an area where permeability was subsequently reduced. “ 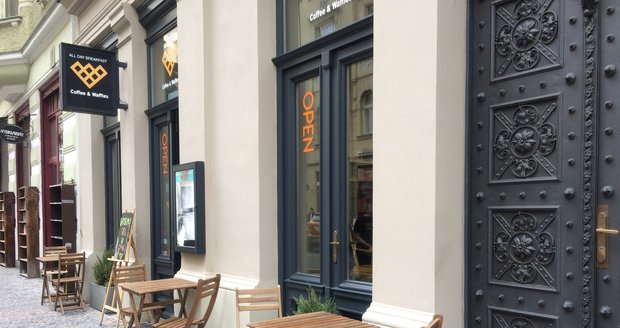 The Prague 12 district donated new cameras to the police