The Airbus A380 will also return to Prague, says ANS chief Jan Klas

The aviation crisis is the result of political decisions in response to the pandemic. Are the decisions in Europe adequate and effective?

I distinguish two phases. The initial one, where the spontaneous, uncoordinated reaction of states can be excused, and the subsequent one, ie from the summer until now. It went better, not only in flying and traveling. The most important thing is that the restart of aviation, which is closely linked to the restart of the whole economy, is far better organized in the summer.

They certainly had. It is not easy, political representations are coming under pressure. If Europe is to fulfill its vision, it must follow the path of the single market. Air transport giants such as the United States and China are able to coordinate legislation from a single source. Europe should have the ambition to achieve the same. Clear rules would be very beneficial.

How should it change so that flying remains safe and not so severely restricted?

The agreement is aimed at a medical covid passport that takes into account not only vaccinations, but also tests or undergoing covid-19, so it is not discriminatory, it is the right step. It will allow safe travel on a larger scale. The measures that have been introduced on board the aircraft make it almost impossible for anyone to become infected there. Yes, air travel is a risk factor – it transports people between destinations where the epidemiological situation may be different. The health situation in both destinations should be comparable and should be subject to the same regimes. Those states that have introduced some measures and have not changed them too much enjoy the greater trust and discipline of the population. The economy can work there at least in part, and the will to follow the rules is greater. Vaccination rates will be crucial in the coming months.

Is traffic over the Czech Republic and Europe growing?

The decline in the country is greater than in the continent. We are victims of our own success. In the past, when there was a lack of capacity to provide air traffic services in neighboring countries, flights more often flew through the Czechia. These flights are now missing. It is also related to Prague Airport. It flies less than comparable airports. It is also because there is no domestic transport in the country, unlike, for example, France or Germany. Airlines choose the most optimal flight trajectories, we see that the structure of traffic is changing – even depending on the weather. They have the opportunity to optimize the trajectory, related to climatic situations, the use of wind.

So the planes were blown away by the wind.

Simply put, it is so. Even over the Atlantic, it flies on unspecified routes, which was unimaginable a few years ago. Everyone chooses the best possible trajectory, the cheapest.

The same change took place in the Czech Republic, it no longer flies on predetermined routes, but freely. Why did you implement the change?

The change affects the whole of Europe. We focused on being able to fill the expected capacity. We have accelerated the introduction of these innovations in order to take advantage of the weaker traffic at the same time. Carriers can now plan the trajectories of their flights themselves, thus reducing their costs. 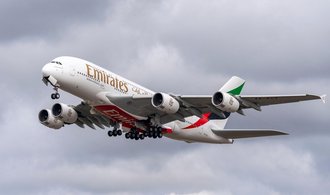 Tell me one number: What percentage does this year concern the operation of aircraft in the Czech Republic compared to 2019?

This is not an optimistic estimate.

Aviation has always worked with an optimistic and pessimistic scenario and a “base line”, a kind of minimum. It made forecasts of traffic development up to five years in advance, which are unusable today. So we changed the terminology and created three scenarios. In the first, most of the population would be vaccinated this summer, in the second and third variants this would happen next or the year after next. We do not expect much for the vaccination effect for this year’s main summer season. We expect a minimum, ie half of the operation in 2019.

As the head of a state-owned enterprise, would you do otherwise if he were private and could not rely on state aid in difficult times? After all, you received a half-billion subsidy from the state.

It was originally a grant that became a long-term loan. We will repay it with money that we would otherwise pay on state dividends. Normally, the state does not finance us, our customers, the airlines, pay. We took the measures like any private company.

It will be a loss in excess of a billion crowns. Our revenues fell by 2.3 billion compared to 2019. It’s a shock therapy. But crisis management worked, we saved over 1.3 billion in passenger, we put the emergency brake on, partly in costs. We have reduced the number of positions in the organizational structure, but in key operational and technical professions. In the end, I think the loss is acceptable. Flight dispatchers also receive 150,000 a month, and we have saved hundreds of millions by reducing wages by fifteen percent. Even because no overtime or significant surcharges were used.

Are you worried about claims against some airlines that are struggling to survive?

We are one of many who record the debt of the Smartwings group, in our case it is millions of crowns. We are based on optimism for aviation, we prefer those solutions that will allow the continuation of the “national” carrier. The big problem is that state aid to administrators has not been as generous as in other states. One way or another, help has come in most other countries. It should be coordinated, comparable, and therefore fair. I am also in this case and we will see the result of future optimistic negotiations. The same is true for European air traffic controllers. Help was different everywhere. As the European Commission sometimes unnecessarily intruded into micromanagement and detail, it did not intervene in this case. at the same time she had.

Flying will certainly not become as prestigious as it used to be, before liberalization began and the emergence of carriers. But much greater price volatility can be expected. Deferred consumption was created, a package of savings was created. I guess, and we’ve seen it in numbers, that the hunger for travel is huge. Whenever reasonable travel was possible, the demand was high. If demand is high in some segments, the price may rise. However, competitive pressure on the price persists in the long run. There will probably be some market consolidation, with everyone talking about leaving three major low-cost players and three in network traffic.

Among the networks is the Lufthansa group, which grew into a large hegemon in Central Europe, which includes a number of smaller airlines, such as Swiss Air. Then there is Air France KLM and then IAG, which includes British Airways or Iberia. Low-cost airlines, Ryanair, Wizzair, EasyJet are fighting a big fight. We’ll see what Nor. The question is whether these companies will dominate the market or whether there will be a number of smaller ones. Most analysts are in favor of continuing their dominance. There are still enough carriers to make the competition strong enough. Even in the low-cost segment. So I expect flying to be available to everyone. At the same time, aviation is under pressure from other modes of transport, especially railways. It will be important to change the public’s attitude to air transport, as it is not a major air pollutant. But it must adapt to climate goals. 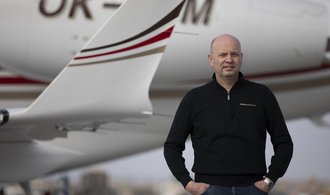 In the past, votes against air transport increased due to air pollution, but the advent of the pandemic has completely overshadowed the issue. Is the coronavirus crisis somehow changing the fundamental battle for aviation as an arch-polluter?

This discussion has intensified. She sharpened. Aviation must break free from the general perception as a threat. Significant changes are planned. Those who do not see the crisis as an opportunity to change and do not perceive what is happening in the area will have big problems. One thing is the demand crisis, but there are many more changes. There is a lot of pressure on climate targets within Europe. For example, flight dispatchers could change from national to regional – the concept of national borders would be eliminated. Europe relies on deregulation and competitive elements. Until now, air traffic control has been a more or less national monopoly throughout Europe. Greater competition could arise, for example, for meteorological or flight data. The airport could choose its provider of each service. We have to prepare for that.

When do you estimate that a very popular giant, the Airbus A380, could return to Prague? Emirates, the world’s largest airliner, used the Prague-Dubai route, but withdrew it after the pandemic broke out.

I think the A380 will return to Prague. I believe this will happen in the fall or winter. After all, summer is not the main season in the Emirates. Prague was the second destination for Emirates. When restrictive measures cease, strong demand will return. But the trend is clear, the A380 will gradually disappear from the sky. Many airlines will never return, just like the Boeing 747, it must be admitted. But, of course, the airlines that have invested in these big planes – such as the Emirates – will continue to operate them for some time to come.

Czech regional airports are paying extra for the crisis, and hundreds of small and medium-sized airports in Europe are at risk of bankruptcy. What would it mean if some ended?

Paradoxically, this would benefit us economically, because we are at a loss at all regional airports. But I don’t want to downplay it. Make sure they minimize carbon, that their future lies in their attractiveness – for example, they can reduce the footprint. I am looking for resources to transform not only ours, but also these airports to be competitive.

When will you complete the sale of the CATC (Czech Aviation Training Center) in Prague?

We’re almost in the finals. In mid-April, we could expect offers from three interested companies. In terms of their structure, I am satisfied. One applicant is an Asian training center, one is a large provider of simulators and centers, one is partly Czech. They have a serious interest. We have made it clear that if the price does not match ours, we will end the competition and develop CATC further.

Is it wise to sell the resort at a time of the greatest aviation crisis in history?

We decided to sell before the crisis. We don’t do this to save cash. The big question is not to cancel the sale. Also due to the simulators available to the center.