“If we want and further develop the joint transport system of Prague and the Central Bohemian Region, it was necessary to agree on joint hours for at least one-time tickets. Prague’s priority was to maintain the price of long-term subscription coupons. That is why he will continue to travel around Prague with an annual coupon for 10 crowns a day, “said the Deputy Mayor of Prague, Adam Scheinherr (Prague Sobě). According to him, the increase in fares is proposed by representatives of the Central Bohemian Region from the ranks of TOP 09, Pirates, ODS and STAN.

According to the opposition movement YES, after the increase in rent, water or waste collection, these are further interventions in citizens’ wallets. “The dramatic increase in the one-off fare for all Praguers is hardly offset by the discount for people in material need, of whom there are about 5,500 in Prague, although it is certainly a godly deed. We expected that the coalition also represented significant operational savings in the DPP, but it is clearly not going to save, “said Ondřej Prokop, vice-chairman of the ANO representatives.

The coverage of costs by revenues in the territory of Prague is affected by increasing offers, the development of infrastructure, discounts and the advantage of subscription fares is constantly decreasing. “If we adjust the costs and revenues for the effects of the coronavirus crisis, the covered costs with revenues in 2020 were enough for 19 percent,” the document approved by councilors said. 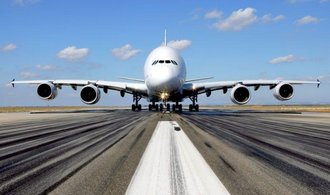 In addition to raising the price of the fare, the councilors also approved lower fares for people in material need. They would pay 165 crowns for a monthly ride and 444 crowns for a quarterly trip. According to estimates, there are about 5,500 such people in Prague, some of them seniors. The deputy, the chairman, the representative of Prague Sobě and the mayor of Prague 7, Jan Čižinský, stated that the measure still has emerging executions. “If he buys a discounted coupon, Prague will have at least some of it,” Čižinský said last Friday.

Last year, the media reported that the current city management wanted to raise the price of the annual coupon again, by a jump of 5,500 crowns. Scheinherr reiterated that the city was not going to make such an increase.

Jeremy Irons didn’t have to pay, so passers-by bought him coffee

The mysterious disappearance of a businesswoman from Prague. The suspect is on trial

‹ Prague will have another tram loop. Its construction began under the South Link › The Railway Administration has reopened a tender for the documentation of the Prague-Beroun line. A 24 km tunnel is planned iROZHLAS