Between Běchovice, Dubčí and Koloděj, the town is planting a new forest. On an area of ​​approximately 5.3 hectares of originally agricultural land in the locality of Lítožnice, 53 thousand new trees should grow. The species composition is dominated by deciduous trees – especially winter oak, heart-shaped linden, beech and hornbeam. Pines, larch and Douglas fir are also planted. 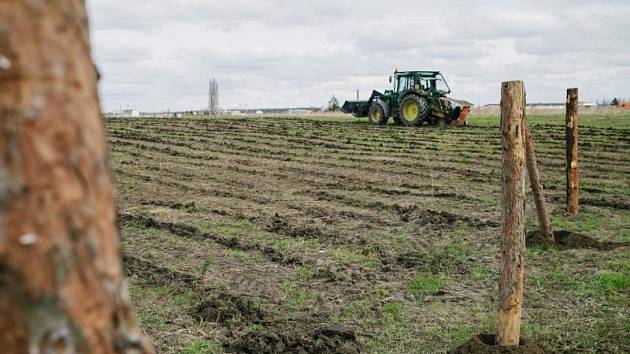 A new forest is being created near Lítožnice.

The future green belt is to distance the planned road from the existing development. “Lockdown has shown how important the parks and forests we have in the capital are to the lives of Praguers. These are popular places that people use for recreation, sports or nature walks. For example, attendance at Stromovka increased by 120 percent during coronavirus spread. That is why new opportunities for spending free time in nature are important, “said the mayor’s deputy Petr Hlubuček (United Forces / STAN) about the project, adding that he believes that people will also like the Lítožnice area.

The whole area is undergoing a great transformation. Last year, a new pond was created there and the Říčanský brook bed was modified. In addition to new meanders, several ponds have been added, making the whole area an ideal refuge for many species of wetland fauna and flora.

Prague scored. It is one of the greenest cities in the world

Gradually, a natural mosaic of water areas, woods and alleys is created, which is an attractive destination for walks. “With the planting of woody plants in the Lítožnice area, this year’s spring stage of afforestation is just beginning. In total, we plan to plant over 112,000 forest tree seedlings during the spring, of which over 74,000 will be in new, originally non-forest areas. Another 38,000 seedlings will then go into the ground on pastures in the existing forests, which were created after the removal of dead, sick or bark beetle trees, “added the director of Lesů hl. of Prague Ondřej Palička.

‹ Prague will have another tram loop. Its construction began under the South Link › The Railway Administration has reopened a tender for the documentation of the Prague-Beroun line. A 24 km tunnel is planned iROZHLAS