A million for five square meters in the center of Prague. Apartments have become more expensive

The second most expensive district is Prague 2, where developers charge an average of 169,000 crowns per square meter. However, while in Prague 1 the prices of the last month stagnated, in the second part of the city flats became significantly more expensive. Year-on-year, even by a quarter, which is the most of all Prague districts.

The cheapest new apartments for sale were located in Prague 10 in January and February of this year. At the end of February, they offered a square meter for an average of 117 thousand crowns, ie almost seven times more expensive than at the end of December last year. However, the statistics are to some extent a skewed type of construction. Specifically, how luxury the apartments are and what dispositions prevail in the house.

New flats dominate in new buildings. These are more expensive per square meter. Two-fifths of the total number are flats 2 + kk and another-fifth are studios. It is small apartments that sell these best to developers. Not only people who want to live on their own, but also investors who buy for the purpose of subsequent lease are not interested in them.

Before the pandemic, developers in Prague sold every second apartment to these investors. Some have purchased multiple properties at once and often rented them out to tourists for short periods through online platforms such as Airbnb.

Conversely, families usually buy larger apartments. Most often it is 3 + kk, which makes up 27 percent of the entire offer. 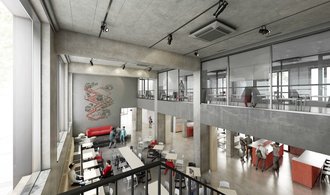 From 2015 to the end of last year, the prices of new flats rose by almost one hundred percent. There are several reasons. Everything was caused about five years ago by the enormous demand caused by advantageous mortgages in connection with the insufficient construction of new flats. The excess of demand over supply subsequently caused a sharp rise in prices. Ten was not stopped by a pandemic.

On the contrary, people were looking for a way to save their money safely and thus protect it from the possible economic effects of the pandemic. In the long run, real estate is the ideal way to protect yourself from the economic downturn. In addition, the Czech National Bank eased the conditions for obtaining a mortgage last year. Despite the coronavirus, the demand for flats has increased even more.

According to estimates, in order for the excess of demand over supply to end, it would be necessary to build about 20,000 flats in Prague overnight. But that has not worked for a long time. On the other hand, the number of vacant available flats in the developers’ offer fell by 4.2 percent to 4,598 at the end of February.

‹ The transformation of the Vysočina railway station has progressed. The old passenger building is over, demolition awaits › Sweden’s covid infections among the highest in Europe, with “no signs of reduction”