Illegal party Prague: Dozens of people in Vojtěšská in the apartment

Discos, clubs, bars, pubs and restaurants have been closed for several months due to government regulations, but many people are still looking for a way to circumvent government measures. It was no different on Easter Sunday. In the evening, the police intervened in Vojtěšská Street, where an illegal party was taking place in one of the apartments.

“Around 8 pm, the police received an announcement on line 158 that a party was taking place in one of the attic flats in Vojtěšská Street. They went to a place where they found out that the announcement was based on the truth, “police spokesman Jan Rybanský told Blesk. Before ten o’clock, the police dissolved the party. “A total of 56 people were inspected and documented, all of whom were reported to the appropriate administrative authority on suspicion of violating a government regulation.” the spokesman added. According to him, three people had a small amount of drugs, marijuana and meth. “In addition, they will be dealt with in a separate administrative proceeding,” he added.

According to Blesk, the attic serves as student accommodation and is divided into several cubicles. Most of the participants in the party were foreigners.

This is not the first time that police have intervened against illegal things in Prague. At the end of last November, the intervention of police officers in Anenská Street in the center of Prague, where more than 100 people were steaming in the club, attracted a lot of attention. At the beginning of the year, the police intervened in the Old Town, where they drove people out of the bar and out of the apartment. 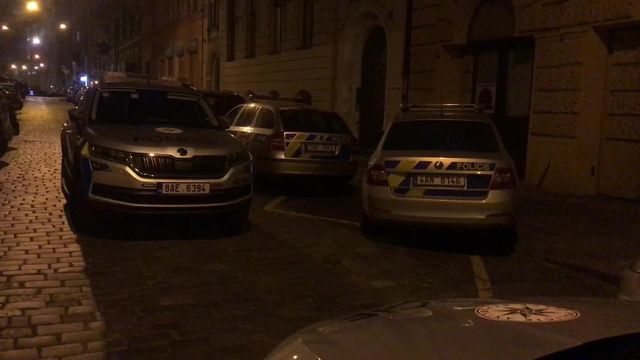 ‹ Vzni is more online. See your family on the Internet and visit the courts › Prague is at its best, PES is yellow