Removed bridge and demolished waiting rooms. What does the Prague-Strašnice stop look like today?

In December 2020, the operation of the railway station in Prague 10-Strašnice was terminated, the official name of which was “Praha-Strašnice zastávka”. In addition, the so-called Strašnická line was canceled. Trains moved to the modern corridor. 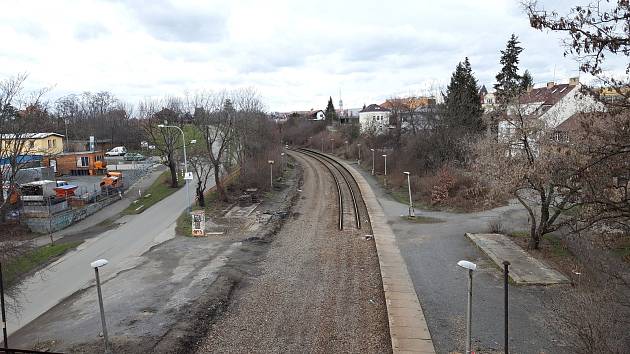 In December 2020, the operation of the railway station in Prague 10-Strašnice was terminated, the official name of which was “Praha-Strašnice zastávka”.

In the days at the former railway station, these waiting rooms were removed and the railway bridge over V Korytech Street in Prague 10-Strašnice was demolished. The tracks and trolleys disappeared from the old track.

The station has served the public for years 1906–2020. The Prague-Eden Railway Station has been open since December 2020, and in the course of 2021 the Prague-Garden City Railway Station should be operational. The old line is to be revitalized and is to be built here “Vršovice Railway Promenade”. As a reminder of the railway, some elements are to be preserved – for example, part of the track, columns, traffic lights or the legendary footbridge at the former Strašnice Railway Station. The new railway stations in Eden and Zahradní Město will enable more efficient transfers to other components of Prague Integrated Transport.

VIDEO Part 4: Running among the trees and playing with pine cones. Exercise with children in nature

‹ Sweeten your life. These are the best Prague cakes in Prague › Drink and eat. Students from Prague make unique edible cups