Prague 5 has a problem with drug addicts. They moved from Hlavák

Increased crime and the occurrence of “inadaptable elements” is nothing new in the vicinity of Anděl. The presence of two contact centers for drug addicts also plays a large part in this, which are also very close to the just mentioned Angel. Drug addicts and other maladapted citizens have also been flocking here in recent months from the park in front of Central Station, where the police are more in control and arrest. However, this did not solve the problem, it only moved from one part of the city to another.

Not only Prague 5, but the entire city police has long been affected by the lack of police officers, but after a meeting with the director of the Prague city police, Eduard Šuster, the mayor managed to negotiate patrols around Anděl. There should be a permanent patrol here now.

According to Mayor Zajíčková, Anděl has become a place where people do not feel very safe. “At the turn of the year, it attracted a large number of people like a magnet. It has become perhaps the busiest place in Prague. More homeless people, groups of drunks with dogs without leashes and the like. Therefore, I asked the director of the city and state police to target these sites. It has an effect. For now, “said the mayor of the fifth city district.

This procedure was also confirmed by Eva Kropáčová, a spokeswoman for the Prague police. “Police officers have long focused on issues related to homeless people, drug addicts and people who violate government regulations, city ordinances and more. At the moment, I’m focusing on the Angel area“She told Lightning.”

The causes need to be resolved

However, the problem will not be solved by the presence of police officers, drug addicts and homeless people will not disappear, but they will move to another part of the city or to another place within Prague 5 as much as possible. The Prague 5 district would now like to cooperate more with the municipality, it will even have a representative in the commission that is preparing the concept of anti-drug policy for the whole of Prague.. The Five will thus gain a better overview of the planned steps, which it will be able to influence.

One of the biggest problems in the parks around Anděl is the presence of drug addicts who inject drugs here. The worst is probably Skalka Park, which also houses the Sananim Contact Centerwhere drug addicts go for substitution drugs to treat addiction, or clean needles. They then group together at the aforementioned park, which has also recently undergone a complete revitalization and could be an ideal place for mothers with children. However, it is difficult to get upset, even though the park is best guarded by security.

The district is also looking for inspiration to solve the drug problem abroad and is trying to find alternatives to keep the grouping of these people. “One possibility may be for drug addicts to apply substitution treatment under supervision directly in these facilities. Citizens would then not have to come across non-governmental drug users in the parks and the syringes under them, ”explains Zajíčková.

It would certainly help accordingly if the individual centers for drug addicts have spread better throughout Prague and ideally outside residential areas. “Unfortunately, this is an unpopular topic for everyone, and no one wants to open a new center for drug addicts in their part of the city,” the mayor thinks.

Despite the problems that some Prague localities suffer from, the overall crime rate in Prague is significantly decreasing. “In 2020, the capital 38,059 crimes were registered in Prague, compared to the previous year there was a total decrease of 11,804 crimes. Crime in the capital. m of Prague fell by almost 24%. Historically, this is the lowest idea of ​​crime in the capital since 1989, “concludes Kropáčová from the Prague police. 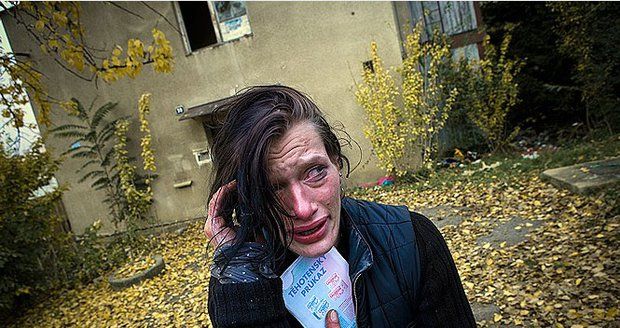 The memorial bell for Prague is ready. A memorial to the Nazis of the melted bells is waiting to be transported to Prague

‹ Prague 1 has tightened the conditions for short-term accommodation in apartments › IPR Prague: How did the fight for better conditions for trees in the city take place?