Prague 3 approved the budget for 2021

Despite the unplanned expenses associated with the coronavirus pandemic, the third city districts of the year were secured to run a surplus of 136 million and he wants to continue in the same spirit this year. In addition to house repairs, it plans to overhaul and restore the operation of underground garages on Vinohradská třída or to invest in revitalization parks and squares.

Block of flats, schools and underground garages will be repaired

The largest investment will concern the reconstruction of a panel house in Blahoslavova Street. The house has been in a very bad condition for a long time, its galleries are collapsing and leaking into it. The city district has set aside 180 million crowns for its repairs. “There are now 132 flats in this house and another 11 (barrier-free) will now be built as part of the revitalization. We have already competed for suppliers, construction will start in the first half of the year, “Assured the mayor of Prague 3 Jiří Ptáček (TOP 09).

Other investments will concern the repairs of some kindergartens and primary schools. The primary school and kindergarten in Vlkova Street will have new windows, and the Jiří z Poděbrad Elementary School will get a new roof again. Local citizens will certainly enjoy the further operation of the underground garages on Vinohradská třída, because parking is still a big problem in the wider city center. “Already during this year, we could obtain a permit for the general reconstruction of the underground garage on Vinohradská třída. At least 70 cars and 15 motorcycles should fit here, “The mayor names.

Prague 3 will invest additional funds in projects that should be prepared in the coming years. These include the complete reconstruction of Jiřího z Poděbrad Square or the new par pod Parukářkou, where a forest nursery should be established in the future. According to the mayor, the town hall intends to invest 23 million crowns in design work.

Revenues come from subsidies and the sale of real estate

For a balanced budget, it is undoubtedly necessary to have well-calculated revenues, which flow to the town hall mainly from subsidies from the budget of the capital city of Prague and the state budget, as well as from income from the paid parking zone and rent. Mayor Jiří Ptáček (TOP 09) also told Blesk that another revenues will come from the sale of unused non-residential premises. “We plan to sell these premises, for which the city part has no use, in the form of an auction,” he said.

Although in the end the budget to find a city hall agreement is the opposition, reservations from opposition politicians to the leadership of the leadership have been voiced. Chairman of the largest opposition club, the ODS Alexander Bella criticizes the current town hall management for having too many employees, and due to the costs associated with the coronavirus pandemic, it should reduce their number.

But the mayor does not agree. “I had a comparison made with other parts of the city and the number of employees in our office is, on average, rather slightly below. In addition, last year we started to deal with some things internally and we do not hire external companies for everything. As an example, I would cite the current legal agenda provided by our two lawyers internally. I even succeeded thanks to that significantly reduce the cost of external legal services from 8 to the current 2.5 million,He explained to Blesk.

Current expenditures for 2021 amount to CZK 564.3 million. This is CZK 31.9 million less than in 2020. “This is a year-on-year decrease of 5.5%. So we manage to stick to the plan, which we took after the management of the city district in 2018, namely reduce reduce current or operating costs,Concludes Deputy Mayor Tomáš Mikeska (STAN). 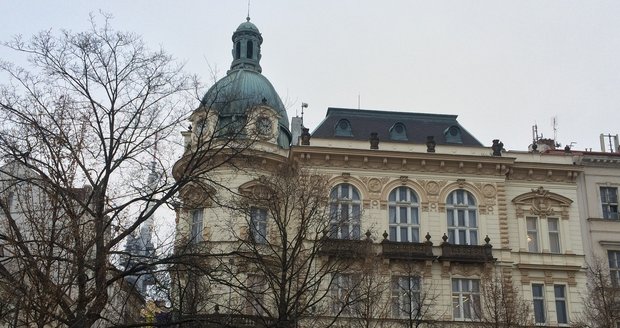 The building of the Žižkov town hall is located on Havlíčkův náměstí. Mayor Ptáček has a view of him in the palm of his hand – literally from a bird’s eye view.

‹ Prague 1 has tightened the conditions for short-term accommodation in apartments › IPR Prague: How did the fight for better conditions for trees in the city take place?