The city commissioned a feasibility study last year, it was prepared by the Danish architectural studio Henning Larsen and today it was approved by the councilor. It should now be followed by the approval of an architectural competition for the design of the building. According to the schedule, at the turn of 2025 and 2026, the competition for a construction company could begin, and in 2032 the building could stand if everything goes without delay.

According to Hlaváček, the study showed that the hall should be owned by the city or a company controlled by it. According to the study, the area can create up to 4,000 jobs, and the authors of the document estimated the annual attendance of the building at 600,000 people. There should be at least one home orchestra in the building.

According to the architects’ recommendations, the Philharmonic should have a total of three halls – a concert hall for 1,800 spectators, a smaller one for chamber music with a capacity of 500 seats and a multifunctional one for other genres and types of events with a capacity of up to 700 people. Operating costs should be able to cover revenue from the rental of halls and commercial premises such as shops, cafes and restaurants.

The total estimated costs of about 6.1 billion crowns are to include outdoor areas and underground parking. According to Hlaváček, the city is already discussing the possibility of co-financing the project by the state. “It’s one of my tasks to prepare a memorandum with the Ministry of Culture,” he said.

Marti Gross, a member of the hall’s preparation committee, said the approval of the study marked the completion of the first phase, which began about ten years ago with the signing of a memorandum between the then city management and the Association for the Construction of a New Concert Hall in Prague. Hlaváček added that the hall has been talked about since the Velvet Revolution. The mayor of Prague 7, Jan Čižinský (Prague to Himself), then said that the construction is important for the cultivation of the area around Vltavská. “We all know that Vltavská is really such a scar on the face of the city. And the new philharmonic will help heal this scar, “he said.

Last autumn, the Prague deputies approved the implementation of a change in the zoning plan, which is to enable the construction of the Philharmonic. In addition to the concert hall, the city will also deal with the related changes around the Vltavská metro station, such as the transport solution around the Hlávka bridge, the underpass under the railway line or the new exit from the metro. The city is preparing a territorial study for the entire area of ​​the so-called brownfield Holešovice-Bubny, and extensive housing construction is planned there.

Discussions about the construction of a large concert hall in Prague have been going on for decades. The most suitable place was the appropriate place. The hall could have been built in Letná in the 1990s – on the site where the construction of the National Library was also considered according to the design of the architect Jan Kaplický. Japanese investors wanted to build the Czech Philharmonic Orchestra for the 100th anniversary. The then Minister of Culture Milan Uhde and Mayor Milan Kondr rejected their offer. 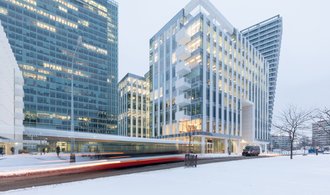 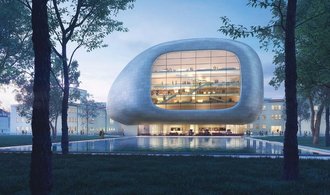 Prague is fighting against the scoundrels with energy. He prepares regulations and issues a ban

‹ The public will have one last chance to object to the construction of the Žižkov railway station › Prague is the thirteenth greenest city in the world, parks and forests occupy most of the area