Ladislav Halamka – Vinohrady: A favorite neighbor ended up on the street before his death

“He was decent, we liked him. Without him, our street will not be the same as before, “says Johan F on Facebook.” I was very surprised, how many people he was not indifferent. They went to the authorities with him, washed him, gave him clothes, blankets, carried food, coffee, and even contributed to a beer or a crown, “adds Radek K. to the user.”The man who apparently froze in one of the city’s best neighborhoods is a pretty emphatic memento, “The user Petr Š. Writes on Mr. Halamka’s account. There is always something to be done differently. Was it possible in this case as well?

Pavel Mulvey, who knew him, wrote about Mr. Halamek to the Blesk.cz editorial office. She also shared his story, especially his last stage. “Before the Christmas holidays, he was fired from a social apartment in Prague 2. He left with plastic bags, where he had to fit all his clothes and everything he had left in his life, “he says. Before the forced eviction, he lived practically in the very heart of Vinohrady, where he had to take care of his mother for many years. After her death, it was as if all the world’s problems had fallen on him, including his excessive susceptibility to alcohol, and eventually eviction.

“You need to get the famous figure Vinohrady, where For years he collected whatever he could take in his cart to a collection point for a small amount of money“We all knew him well and they continue to help him in a difficult situation,” he adds to the inhabitants of Vinohrady, who also gave Mr. Halamek status on Facebook. According to her, he was optimistic and popular neighborwho did not hesitate to put his hand to the work if someone asked. “He exported garbage cans in the neighborhood, helped with minor renovations of premises, shorter work was never shielded. “

According to Mulvey, he also received a sleeping bag and some warm clothes from acquaintances in order to survive the winter in good health. People sometimes brought him food and drink, they liked to stop by for a talk in the place where he usually stayed – on the corner of Blanická and Mánes. “People bought him his favorite bottle Braník“Mrs. Mulvey says. But life on the streets is no feather – with or without alcohol.

Mr. Halamka did not expect a brighter tomorrow in the open air, despite the help of others. Originally, we tried to live in the adjacent parks, from where, according to Ms. Mulvey “he was expelled several times by the police that he had nothing to do there. “It simply came to our notice then stolen sleeping bag and winter jacket, which means his health condition strongly signed. “After several discussions on social networks, we are limited to that the police had him taken to the hospital, so he wouldn’t have survived another frosty night in the park unnecessarily, “Mulvey writes.

What happened to Mr. Halamka next? On January 27, reverent candles with photographs appeared on the corner of Mánesova and Blanickáwhich testified to a single. Mr. Halamka did die. “She may not have had a family, we’ll probably never know how and why again,” Mulvey said. Due to the freezing weather that has been crippling Prague, it is possible to freeze. On social networks there are many questions as to whether his human story really had to end like this. Whether the town hall could not wait for a warmer month when it came to eviction.

On January 27, 2021, candles and reverential objects appeared on the corner of Blanická and Mánesova streets, where Ladislav Halamka – a peculiar figure of Vinohrady, often spent his time.

“There was no left”

According to Andrey Zoulová, a spokeswoman for Vinohrady City Hall, there was no remainder, however for unfortunate timing Prague 2 can not. “Mr. Halamka was evicted from the apartment on the basis of execution. The execution office decided on the timing of the eviction, “We will answer Blesk.cz with the fact that”The obligation to vacate the apartment was imposed by the District Court in Prague 2 on tenants as early as July 2020, when his decision responded to a lawsuit for eviction of an apartment by the city district of Prague 2 “.

In other words, Mr. Halamka had half year to look for another – alternative housing, and if he did not do so even before the end of the year, the bailiff’s office evicted him during the winter months. And yet, according to Zoulová City Hall, it has 236 social flats at its disposal, to accommodate Mr. Halamka in one of them, to be different, it was not quite possible.

“Mr. Halamka owed the district a long-term rent and did not show any effort to resolve the whole situation.. Offered help on the part of the social care department with binding in the register of job seekers, the Labor Office and the settlement of material need benefits repeatedly refuse“Zoulová said, adding that violate the rules of social housing policy for a long time. “In a rented apartment demonstrably collected clutter and waste, and thus endangered the other inhabitants of the house. “

The above complicated the possibilities of Mr. Halamka within the framework of possible applications for other housing in Prague 2. Applications for social housing are assessed by the housing commission of the city district and the councilor individually. “In its decision-making, the town hall must behave not only as a proper manager, but to preserve, as far as possible, the principles of social justice. Therefore, any intentional and long-term violation of the rules cannot be tolerated, “the spokesman shrugs.

According to the official statement of the City Hall of Prague 2, Mr. Halamka did not pay rent for a long time and, in addition to everything in the apartment belonging to Prague 2, he collected clutter and waste. This was also behind the fact that Mr. Halamka was evicted. These photographs were obtained during the execution.

The whole case was also commented on Facebook by the opposition representative of Prague 2, Jaroslav Němec (Pirates). “Dvojka is a rich part of Prague, where amazing people, neighbors and, among us, people who need help, live. That’s the way life goes. However, definitely no one in our community, our neighbors, is allowed to die on the streets. I firmly believe that it should not be a child in Prague 2“He said. “Mr Halamka was not an example of an exemplary citizen, he had his problems, but he belonged to the community. This is evidenced by the interest that his sad story had not only in this community group. “

Lessons for the next time?

There are situations that one is preparing for. For example when he has to leave the apartment from day to day and has to live with the complicated environment on the street. What to do in such a case? “In general, citizens of Prague 2 can be advised, if necessary, to contact a specific workplace of the Office of the City District of Prague 2. If any of them find themselves in a difficult life situation, they should first turn to the social counseling staff of the Humanities Department., where we will be happy and happy to advise him on his social and life situation, “Andrea Zoulová, a spokeswoman for the town hall, answered Blesk’s question.

At the same time, the capital regularly receives during the winter measures just for homeless people – have even been disseminated within coronavirus this year. From November to March this year, it is provided by the municipality 500 beds in dormitories.

“This year, there will be two dormitories for people who require nursing care due to poor health due to a long stay on the street, “said last autumn the councilor of the capital for social care Milena Johnová (Prague to herself), who did not fail to add that NGOs will also distribute materials and food to the homeless. But homeless people have to talk about these services. From there, individual workers perform their role Social Services Center Prague. 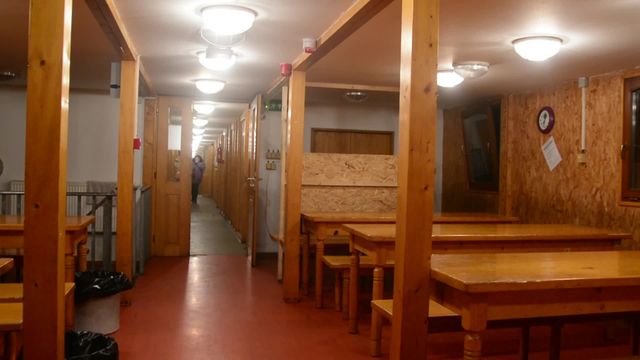 We are waiting for what it looks like in the Hermes ship, which serves as a dormitory for the homeless. Eva Fornálová 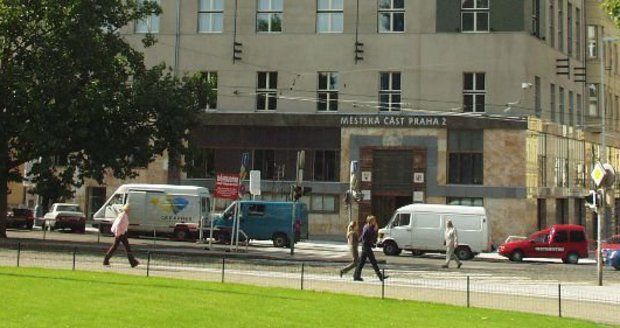