The Smíchov City project has been launched. The developer wants to create a new center in Prague

The development company Sekyra Group has started the construction of the first stage of the new Smíchov City district in Prague. The costs are in the first stage 3.5 billion crowns, to be completed in 28 months. The company estimates the total cost at 20 billion crowns, the district should be ready in 12 years. The project has four stages. This was stated by the chairman of the company’s board of directors, Luděk Sekyra, at a meeting with journalists. 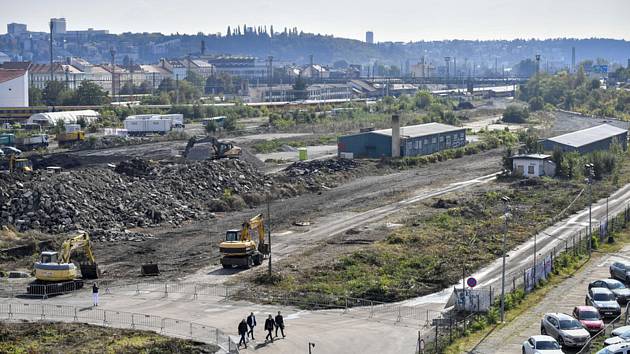 “I believe that Smíchov City will be a key impetus for the development of the city. Our ambition is to create a new center of Prague, which will become a modern alternative to the historic center of the metropolis. Our ambition is for the one-kilometer pedestrian zone that crosses the entire project to create a culture of the promenade, the pedestrian boulevard as a communication axis, but also a meeting place and civic activities, “said Sekyra.

According to him, almost 400,000 square meters of residential, administrative, commercial or public areas, including a kilometer-long pedestrian boulevard, will be built on the site of the former freight station. Its axis will intersect the silhouette of Prague Castle. The project also includes a school and green areas.

Prague chose the designer of the terminal in Smíchov, ruled out a cheaper offer

The first stage of the district will be built by a consortium of Strabag, Aspira Construction and Installation Prague. “The first city block will be built at the intersection of Za Ženským domovy and Nádražní streets. 195 housing units will be built here, of which over 60 percent of their owners have already emerged in the first six months since the start of sales, “added Leoš Anderle, Director of Sekyra Group. As he further stated, there will be an office building with an area of ​​10,000 square meters and other apartment blocks with 210 apartments.

In the southern part of the almost kilometer-long pedestrian boulevard, a commercial district, including a campus for Česká spořitelna with a total area of ​​130,000 square meters, will be built in the second stage of the project. At the same time, the entire boulevard will be completed and the developer will start construction of park areas.

Infrastructure and transport investments are also part of the overall plan. A parking lot for buses and more than 1,000 cars will be built next to the Smíchov train station. At the same time, a substantial part of the traffic from today’s Na Knížecí bus station will be transferred to it. This investment, which is being implemented by the capital city of Prague, will require more than 2.5 billion crowns. At the same time, the railway administration will modernize the Smíchov railway station building and its surroundings for approximately three billion crowns.

Sekyra Group has been operating on the Czech real estate market for more than 20 years. It currently manages projects with a total area of ​​over one million square meters. It has built, for example, the headquarters of Česká spořitelna, Nestlé, T-Mobile, Skanska or the National Technical Library.

In addition to Smíchov City, its next major investment is the new Rohan City district, which is located on the border of Karlín, Invalidovna and Libeň. Another investment is the Žižkov City project, where a residential area will be built on the land of the former freight station. At the same time, the developer, in cooperation with Prague, is to revitalize the historic railway station building, which will have a predominantly public function and which should also include the National Film Archive.

The transformation of Smíchov begins. Two hundred new apartments are already for sale

Czech Railways is solving problems on the route from Prague to Berlin. Passengers stayed at the border

‹ He will convert the Vinohrady waterworks into a museum › Prague is preparing another metro station in Zličín, it will be built in the depot