The Prague-Holešovice railway station is celebrating its anniversary, it opened 35 years ago

With the opening of the Prague-Holešovice railway station 35 years ago, on September 28, 1985, the construction of the so-called Holešovice transfer, which connected two important lines in Prague, was completed. These were the railway line to Kolín, which was built second in Prague in 1845, and the line to Kralup nad Vltavou, which started operating in 1850. Originally, the Holešovice railway station was intended mainly for international express trains from Dresden to Bratislava or Vienna, now regional trains also stop here.

The railway station was opened in September 1985, almost a year after the operation of the neighboring Nádraží Holešovice metro station, which was put into operation on November 3, 1984 and which until February 1990 was called Fučíkova.

The common check-in hall of the station and the metro was created according to the project of the architect Magda Peroutková. The station consists of a six-storey modern concrete station building and a two-storey check-in hall, which was the first in what was then Czechoslovakia to be barrier-free. There is also a bus station near the station, from where some bus lines to the northern parts of the republic leave.

The idea of ​​connecting two important railway lines from Prague to Olomouc and Ústí nad Labem arose during the First Republic. The project for the construction of the Holešovice transfer was created in 1956, in the years 1967-1974 a tunnel under the White Rock was built and in December 1976 the Holešovice railway bridge was put into operation.. The transfer was completed after 15 years of work in 1980.

The 5.2-kilometer transfer begins on the left bank behind the Prague-Bubeneč station, passes through the Prague-Holešovice railway station and continues to the Holešovice railway bridge over the Vltava and the 332-meter-long tunnel under Bílá skála to Libno, where it turns off at Rokytka. From there, trains can continue either to the Prague-Libeň station, or from 2008 via the New Connection to the Main Railway Station. 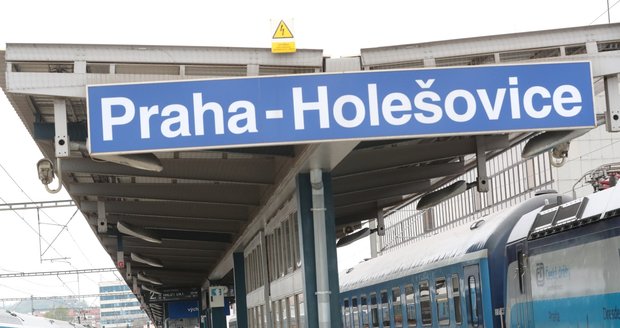 ‹ What will Prague look like in twenty years? look at › Jogging in Prague – Tips for the best places to jog in Prague