The Industrial Palace is awaiting the completion of the left wing and repairs: Prague will announce a contract for two billion

While the cost of the project is now estimated at two billion crowns, the previously announced tender included an amount of 1.2 billion. According to the city management, however, the former management of the municipality announced the contract before the project was completed, and thus without detailed knowledge of what the construction will involve. The original contract was canceled by the councilors in mid-October this year.

After the reconstruction, the palace should serve the same purpose as before, ie organization of exhibitions, fairs, congresses and other events. According to the approved document, the middle wing was to accommodate 1,250 people, the right wing 2,500, the completed left wing 3,300 and the foyer 400 people.

The project of completion and reconstruction tries to preserve as much as possible the original appearance of the building from 1891, when the palace was opened. In addition, it is planned to complete additional facilities and technical modifications to the listed building. A novelty will be, for example, the underpass under the left wing of the palace, which will make it possible to get to Křižík’s fountain from the entrance or from the foyer.

Originally, it was planned to build an underpass under the right wing, but due to the objections of the conservationists, it was, and the underground passage will only be under the newly completed wing. A new basement with facilities for facilities and sanitary facilities will also enter under it. The interiors of the palace should for the most part remain in its current form.

History of the palace

The Industrial Palace was built in 1891 on the occasion of the Jubilee Provincial Exhibition designed by architect Bedřich Munzberger. From the beginning, it was used to organize exhibitions and other cultural events, although it was originally intended to be a temporary building. Between 1952 and 1954, the communist party decided to change its function and the main hall of the palace was rebuilt into a social and dance hall. The name was also changed to the Congress Palace, which was part of the then Julius Fučík Park of Culture and Leisure. 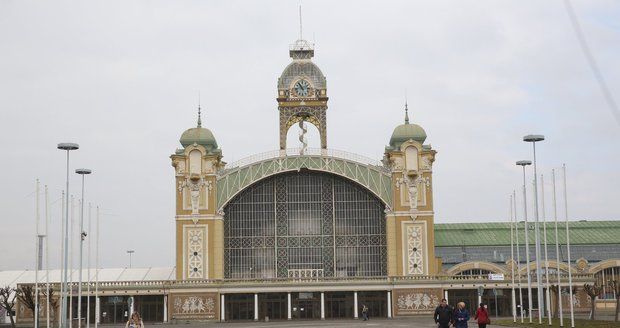 ‹ Czech – Space Center of Europe. From 2021, Prague will be the seat of a new space agency › The most expensive ticket from Prague. We tested the first class Emirates