Sálih Muslim – control of the Ministry of Interior

The action of the Czech police, which detained Salih Muslim’s Kurdish policy on Saturday on the basis of an international arrest warrant from Turkey, was checked by the Ministry of the Interior Lubomír Metnar (for YES). He stated this in the Chamber as part of the interpellations. Prime Minister Andrei Babish (YES) also promised the deputies to investigate the Muslim case due to information that the Kurdish politician had been detained at the request of the Turkish secret services.

“I also had this case reviewed by the inspection bodies,” the minister said when asked by People’s Deputy Marek Výborný. He paused that the Kurdish politician had been detained in the Czech Republic, not in other Western European countries, where he also lived.

According to Metnar, the Muslim was detained on the basis of a preliminary consent to the detention issued by the Municipal Public Prosecutor’s Office in Prague. A request for arrest and extradition was submitted to the Czech police by the Turkish police. The Muslim was wanted on the basis of an international arrest warrant issued on May 25 last year, issued by the Supreme Criminal Court in Ankara, the minister described. According to him, the arrest warrant was important for maintenance, there is no way to hand it over.

The 67-year-old Syrian Kurd Muslim was detained in Prague for four days, and was released on Tuesday by a Prague city court. Turkey considers the man a terrorist, while according to the Kurds, it is a Muslim hero in the fight against a self-proclaimed Islamic state. 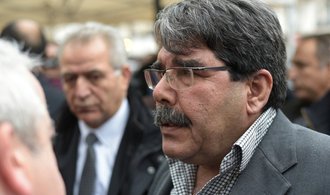 The Prague spokeswoman for TOP 09 and STAN collected money from city companies. She sent the parties a million | iRADIO