From Monday, the new central security control area in Terminal 2 of Prague Airport can be used by passengers who are checked in within the Schengen area.

Another improvement is the so-called baggage selection, where fully automated lines can detect “dirty” baggage that does not meet safety regulations. He will park it on the side track, where there will be a better inspection by the security officer.

Clean luggage automatically resumes and the passenger can pick them up and continue to the next area of ​​the airport after passing through the security frame. “Basically, this means that a slower customer will not delay other passengers,” says Roman Pacvoň, a spokesman for Prague Airport.

The airport expects that the new workplace will allow the handling of up to 2,500 passengers per hour, which will increase the hourly capacity of passenger security checks at Terminal 2 by up to 40 percent compared to the current situation.

In addition, the new automatic lines have larger plastic transport boxes into which you can store a laptop, telephone, belt or liquids. These must be performed before the security check itself and submitted for inspection separately.

You can use leg warmers and a liter plastic bag for declared fluids. 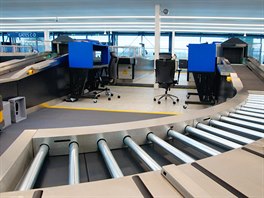 New storage and collection counters are also ready for customers,

There will also be leg warmers, so there is no need for annoying pedaling in the airport hall in socks. In addition, liter resealable bags prescribed for the transport of liquids and gels are prepared for customers as a last resort.

Comfort is also enhanced by prepared storage and assembly counters or a light navigation system, which intuitively leads the passenger to a free seat on the automatic track.

However, according to employees, even faster lines may not mean that there will be no delay at the security check. You can make the most of your own wine. “In general, the more time you spend preparing for a security check, the less time you spend with it,” says Pacvoň.

By far the biggest problem with checking permitted items, especially those higher than the permitted volume. They also maintain undeclared fluids. According to safety regulations, liquids should be packed in a transparent bag and declared by taking them out of hand luggage into the box. If your security personnel block liquids, gels and aerosols will appear, they will not be allowed for further transport and you will have to give them up. 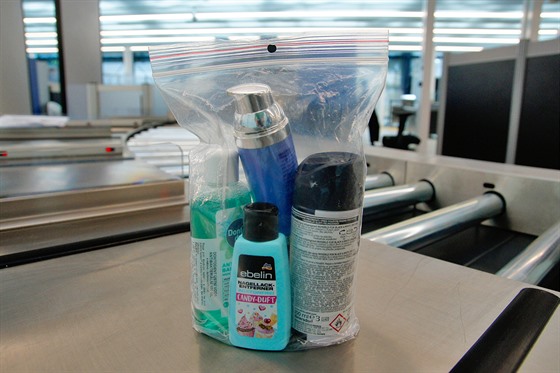 A liter bag in which you place all liquids and drinks before checking.

“Declaring means that you officially acknowledge this information by placing it in a box outside the baggage for a separate check. If you leave them in your luggage, it means according to the regulations that you do not know about these liquids and must not pass the security check, “says Pacvoň.

In this case, liquids also include shampoos, soaps, but also nutella, ie everything that has a creamy skeleton. Simply put, what you can take with a spoon, go out of your luggage before the security check. “We will do nothing about it. According to the regulations, these fluids must not be allowed to be transported further, “says Pacvoň. Every day, several large garbage bags of forbidden items remain at the airport.

The officially allowed amount of liquids you can take on the plane is one liter. Passengers forget one more prescription. No single package shall contain more than 100 ml. So, for example, if you have a small beer and one shampoo with a volume of 200 ml, you meet the condition of the total amount, but the beer and shampoo will not pass you at the check-in.

If you are going on a trip, carefully check the packaging of all the fluids you intend to take with you. Pack them at home in the prescribed liter bag and take them out of the luggage before the inspection so that the airport staff can see the modern technology. This will speed up the journey not only for yourself, but also for other passengers. 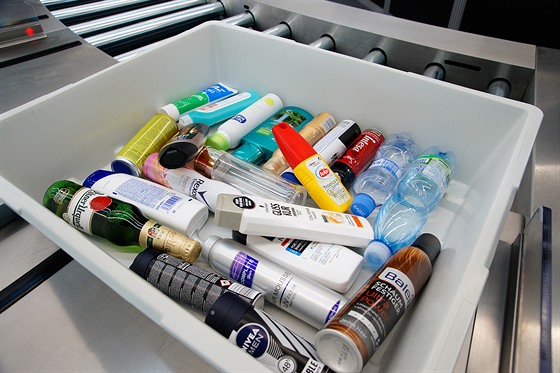 A demonstration of the fluids that travel had to be left at the security checkpoint. To their disappointment, they kept it in their hand luggage.

The only exceptions to the restriction are baby food, medication and the prescribed diet, which you can carry with a higher volume needed during and immediately after the flight. In addition, these fluids are inspected by a special detector. About the security control staff for these fluids.

‹ Where to with biowaste? Prague wants to build another composting plant. Holds more tons › Prague will pay 1.75 billion crowns for a 49% stake in PVK, and wants to buy the rest from Veolia