A joint candidacy of the People’s Party, TOP 09 and STAN, is looming in Prague. Čižinský is out of the way

MEP Jiří Pospíšil, a successful joint candidate of TOP 09 and the Mayors in Prague, the second will be Hana Marvanová, a lawyer for the Mayors. The group will go to the polls under the name of the United Forces for Prague and may be joined by the People’s Party, with whom it has been negotiating for several months.

“The problem is that KDU-ČSL in Prague is now divided because Jan Čižinský is creating his own political activity,” Pospíšil said of Čižinský’s efforts to go to the Prague municipal elections with his own association, Prague.

In recent weeks, the deputy caused the Prague Council when he did not vote in accordance with his party, which resulted in a conciliation procedure and now threatens to terminate the coalition agreement. “If there was no case of Mr. Čižinský, which I don’t mean bad, then the agreement could have been concluded,” Pospíšil added.

However, Čižinský himself “got out of the way” when he suspended his membership in KDU-ČSL yesterday. “I have been called upon to suspend my membership by the party presidency. My membership complicated the negotiations on the KDU-ČSL pre-election coalition in Prague, “said the deputy. “Jan Čižinský collects signatures for the competitive movement and the statutes of KDU-ČSL do not know any other solution to this situation. It is the right step and the situation is clarified in this way, “said party chairman Pavel Bělobrádek.

However, the Prague leader of the People’s Party and councilor Jan Wolf does not think that Čižinský’s role is important in negotiating cooperation with TOP 09 and the Mayors. According to Wolf, the program is more important, the parties are close in a pro-European focus and in the view of the management of Prague. 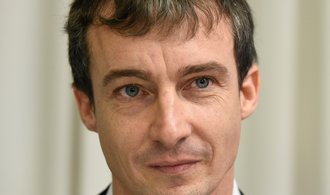 “We are also talking about differences, about whether the voters of the liberal candidate of the Mayors and TOP 09 would be able to accept our conservative positions and vice versa. First, fine-tune the program so that it is acceptable for both groups, “said Wolf.

According to Wolf, it is not yet clear whether the People’s Party would be two or three candidates. TOP 09 has already agreed with the Mayor that the list of candidates will be submitted in a ratio of ten to six in favor of TOP 09. Exactly the composition and possible cooperation with other entities, which should be known at the turn of May and June. 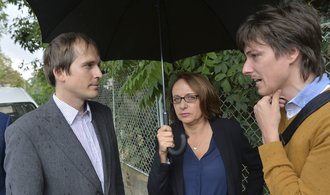 The only coal-fired furnace commemorates mile and trilobites, which opens in lt

The building in the center of Prague “established” its own style. What makes Legiobanka special?

‹ The shameful city of Prague: a small park and a park with injectors › DBK Budějovická: It was opened 40 years ago, it was the first IKEA in Prague!