The average price of new flats in Prague is rising

“We continue to witness a rocketing rise in prices. The offer of new flats below CZK 70,000 per square meter has practically disappeared, while in the first quarter of last year about 20 percent of all flats sold were still at a price level of up to CZK 60,000,” said Skanska Reality CEO Petr Michálek.

The turning point in price development occurred in mid-2015. Since then, sales prices of new apartments in Prague have risen by about three-fifths. From the middle of 2013 to the end of the first half of 2015, flats became more expensive by only two percent.

The average price stated in the developers’ price lists was carried out by 14.5 percent to 94,357 crowns per square meter. It is therefore 6.6 percent higher than sales. The reason is that they sell the cheapest apartments first, the more expensive ones remain on offer for a longer period of time.

In the first quarter, developers in the capital sold 1,200 new apartments. That’s at least the last six years. Compared to the record first quarter of 2015, their number is about a third lower. Most of them were in Prague 9, Prague 10 and Prague 5.

“The numbers for these flats have been declining for the last two years. Unless something significant happens this year, sales may fall below 5,000 new flats, at least from 2013. The metropolis should be the driving force of the domestic economy, but also a place capable of demanding However, the Prague housing market is starting to stand up instead, “added Marcel Soural, Chairman of the Board of Trigema. For the whole of last year, developers sold 5,500 new flats in Prague, a year earlier there were 6,650.

The number of available flats in the developers’ offer is expanded by about a fifth to 4,200. In mid-2015 there were 7,000. “A stronger offer at the beginning of the year is due to a slowdown in sales and seasonality. The current growth of the offer is probably only a short-term fluctuation, “added the owner of Central Group Dušan Kunovský. According to him, if the approach to permitting new projects does not change, the declining trend will continue. 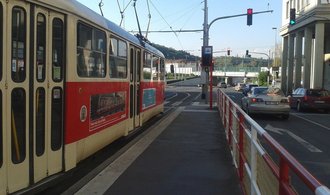 According to developers, the number of new flats sold in Prague will also fall this year, with sales prices reaching 100 crowns per square meter. The offer should be gradually expanded to 5,000 apartments at the end of the year.

According to the statistics of Trigema, Skanska Reality and Central Group, the apartment sold is considered to be a zoning decision and a minimum reservation fee of CZK 50,000. According to data from rival Ekospol, which uses a different methodology, the number of new apartments sold in the capital fell by a quarter to 1,160.

‹ Imagine Dragons proved to be seasoned professionals in Prague › Due to the change of Masaryk railway station, Prague is begging for a deletion from UNESCO, says the architect iROZHLAS