How will the developer describe the main trends of the current building in Prague?

In Prague, we are going through a process of densifying construction, within which new districts will be created. Some of them can become an alternative center of Prague. This process replaces the so-called suburbanization, which began in the 1990s, when mainly the peripheral areas of the metropolis developed. Of course, this was much easier, because you do not deal with monument protection or demands on the quality of architecture.

Are your projects in line with that?

Where do you see space for the emergence of alternative centers of the metropolis?

For example, the location of Smíchov will create a full-fledged city district with all the functions that such a district should have. It will include administrative buildings, campuses for major institutions. There will be a boulevard almost a kilometer long and twenty-eight meters wide, there will be apartments, a school and transport connections. It will be a neighborhood for about twelve thousand people. Approximately three thousand people should live there, others will work in the new part of Smíchov. It is a complete urban project on 400 thousand square meters. The total investment cost is about fifteen billion crowns. It will probably be the largest project in the modern history of Prague.

Why does the preparation of these large projects take so long?

What is complicated with the construction of similarly large areas such as Smíchov is the time it takes. We have been working in Smíchov for fourteen years. Only the change of the zoning plan lasted twelve years. At the beginning of the whole process, Prague had no concept of how to deal with these areas. The prevailing belief was that there was enough space in the peripheral localities and that these would still be the most attractive places for development.

However, it turns out that the young generation wants to live near the center in connection with the changes in the city and the development of new services. This subsequently began to change the attitude of Prague. Gradually, we gained the support of the city, we went through a series of public hearings. Even to my surprise, we managed to reach a consensus. With such large projects near the historic center, it is not possible to do otherwise.

Has the length of training also been influenced by politics?

Of course, instability and changes in political representations played a role. The people responsible for territorial development are changing, and so are the emphasis on priority. However, I think that we have a good cooperation with the last management of the city. Today, the brownfield transformation line has support across the political spectrum.

The city is beginning to realize that housing construction is absolutely essential in terms of maintaining competitiveness. For example, Vienna and Berlin are currently building thousands of start-up rental apartments a year, which attract young people and professionals important to the city’s economy. In addition, rents in these start-up flats are often regulated. This means lower than in the purely market segment. Thanks to this, today the German capital has more start-ups than London. 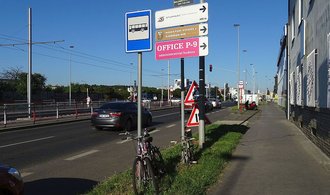 So you are calling for the entry of local governments into the construction of apartments?

At the moment when the city will not fulfill this function, it will be fulfilled by investors. Already today, they are buying almost all new flats to be rented out. They thus replace the function of the public sector. However, no longer at regulated prices such as in Vienna or Berlin, but at full market rent. This leads to an increase in sales prices and an increase in rents.

Can the outcome of the autumn municipal elections affect your big projects?

I think not. The support there is consensual. However, it will be important to agree on the strategic development of the city, which must go beyond several election periods. The key will be how the new city management will react to the development of housing, transport and cultural functions. Important in the case of Rohan Island will be the connection of Pobřežní Street to the inner city ring road. We would certainly not defend even the metro in Žižkov. Its absence in this locality prevents the construction of office buildings.

Will you support someone before the municipal elections?

I haven’t thought about it yet. However, I have long supported the KDU-ČSL party and I think that nothing will change.

You will also build a large Czech headquarters in Smíchov savings banks. Was there a big fight for it on the market?

The interest in Česká spořitelna was huge. Such a client does not appear every year. There was also a huge interest of architectural offices in the international competition on this campus. There were dozens of people from all over the world. It is a good sign that quality architecture will be created there.

According to a number of expert opinions, developers, especially before the crisis, paid too little attention to architecture. Are you doing it differently now?

We have selected a group of architects who will participate in the construction of Smíchov. This means that the house blocks there will not be a monolith, but each of them will come from a different designer. The aim is to preserve the original character of Smíchov and at the same time create a varied house development there. The results of the urban competition helped us to do this. 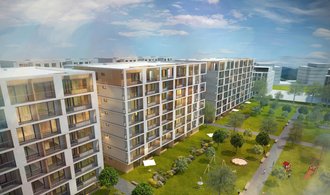 The Na Knížecí location, which is adjacent to your project, is also in play for the creation of a new town hall. Have you been involved in this matter?

We didn’t play a role in that. But of course this is good news for us. Having the municipality on the one hand and the largest Czech bank’s campus on the other will certainly be positive for the territory.

You are attracting investors in Smíchov. Aren’t you sorry that in the end you won’t build yourself?

We will actually build ourselves. But when we need to, we can tell investors about money. In addition, we can decide whether to join a project or do it ourselves. The door is fully open.

How will you finance the construction of Smíchov in the beginning?

It will be a combination of debt financing and own funds. We currently have a low level of indebtedness, so we have banks’ offers to issue both bonds and finance projects. And then we have the agreements mentioned that we can use external partners. The market situation is good and there are many possibilities for financing. Unless a new crisis breaks out, funding in these locations will not be a problem. In the case of the office, we register a strong interest of institutions. And for apartments, at the current demand, it’s just about setting the price.

However, isn’t there a danger that in the case of Žižkov, Rohanský ostrov and perhaps even Smíchov, especially in the case of flats, you will miss the top of the market and lose part of your profit?

That is possible. On the other hand, which of us can predict market developments. The market can go up for another five years or slightly down in two years. I think that the growth of apartment prices will slow down. However, I do not expect a major decline. Prague has already become an advanced residential market. And if you look at the central location in other developed markets such as Berlin or Vienna, prices have not moved much even in a crisis.

What is the permitting phase of Smíchov and Rohanský ostrov?

I expect that we should have a zoning decision for both localities around the turn of the year. It is therefore possible that we will eventually start building in both locations at the same time. Rohan and I started earlier, but Smíchov caught up with him. There is currently an international competition for the southern part, where the campus of Česká spořitelna will take place. 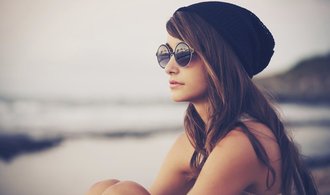 And the Zizkov freight station?

There is a request to change the zoning plan. We assume that it could be decided by the end of next year. After obtaining the permit, both the revitalization of the station and the construction of the residential part could begin.

Will these territories offer anything other than apartments, offices and shops?

We assume that there will be cultural facilities in Smíchov. We deal with a number of interested parties. Operators of Prague art cinemas, for example, contacted us. We are close to this, because we are partners of the Febiofest film festival. Great cultural development could take place in Žižkov. The former station building will remain there, which is a large building that is close to the size of Prague Castle. Revitalization will require the involvement of both the city and the state. There could be, for example, the National Film Archive and other institutions.

What else are you planning besides large territories?

Probably this year we will start building the second phase of our Belarie project in Modřany. There will be 250 new apartments. We are planning another 500 or so flats in Čakovice. But we are also looking at acquisitions. Because, as I said, we have the resources. We are negotiating quite large projects in several locations. Some are even orders of magnitude larger than what we have. 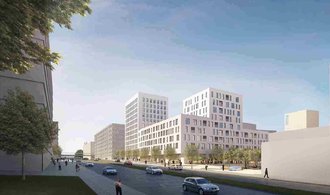 You would be surprised, but it is possible. However, they must be sought and they are not simple plots of land.

What does it mean?

These are, for example, land that needs a change in the zoning plan or investment in infrastructure. In short, these are plots of land that require significant know-how in the field of land development. And I think we have it. We have dealt with this discipline a lot in recent years. Perhaps most in Prague. The building itself is to some extent just the finale, the icing on the cake of large sites. Before that, you have to deal with transport connections, infrastructure, energy, obtain a permit. Or you can go the route as part of other developers, not to buy projects only with permission. This is a more capital-intensive option, but it can also work. However, going through the whole process means that we are able to value our investment at all stages of development.

Do backstage lobbyists currently play a role in the preparation of development projects, as in the era of former mayor Pavel Bémy?

The situation is more transparent today. We negotiate directly with city officials. For example, our cooperation with Deputy Mayor Petra Kolínská, who is in charge of the zoning plan, is very good. But it needs to be worked out. Go to public hearings and talk to the public. In short, today I do not see anyone standing between us and the city.

Is it okay that a private developer supports a political party, in your case KDU-ČSL?

It is transparent support. Moreover, it is not support for some form of political business, secretive. I have expressed my preference for a party that offers a certain value anchorage in combination with democracy. Christian democracy, especially Germany, is developing the most successful economic model in post-war Europe. Therefore, such a direction should strengthen in our country.

How to buy your own home? You will find the answers in E15 magazine. You can get it here >>> 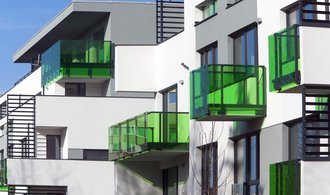 ‹ Imagine Dragons proved to be seasoned professionals in Prague › Due to the change of Masaryk railway station, Prague is begging for a deletion from UNESCO, says the architect iROZHLAS