The Greens will be headed by Petr Štěpánek, a biologist and mayor of Prague 4

“I see today’s election as a return to the political center. There are nine parties in the lower house, and we do not pay any attention to the environment. This is a topic that no one can take from us,” Štěpánek said.

According to him, the Green Party is a party with three pillars, the first is environmental, the second is social, the third is freedom and democracy. The Greens should turn their power outward, there is no need for a cacophony of hundreds and thousands of voices that contradict each other. The party is not supposed to parrot the polls, but to go after the people and find out what is burning them, Štěpánek said in his candidate speech.

“Pirates or the ODS were able to grasp what is bothering the voters, thanks to that they succeeded. If we have the same discipline, we will swing over five percent in three and a half years,” Štěpánek said.

He suggested that the Greens have a shadow government, shadow spokesmen who publicly commented on the government-approved government. It will probably be formed within three months. According to him, the chairman of the party should be nominated by the regional conference for the next time.

“We have prepared proposals for changes to the statutes, things like Saturday’s congress would take half the time. Above all, we need to introduce our shadow spokesman who understands things like sustainable energy, such as climate protection, affordable housing,” Stepanek said.

The party, which was formed at the end of 1989, won 1.46 percent in the October parliamentary elections, which deprived it of a state contribution, and did not even get into the Chamber. It got there only in 2006. However, the Greens are represented in the Senate and at the regional and municipal level. After the last elections, the party has a debt of seven to nine million crowns.

“We have its covered revenues for regional deputies and senators. My predecessors have already reduced the size of the main office, we can easily enter the next elections,” Štěpánek said. At the congress of members, for example, it was said that higher membership fees were paid. 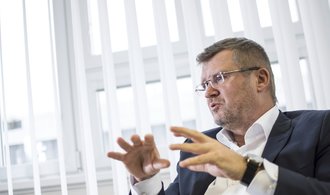 Vinohrady has new places for storing electric scooters, and more will be added in Prague 2

‹ Prague is full of tourists, we have to direct them elsewhere to the Czech Republic, I plan to be a ministry – ČT24 – Czech Television › The Czechia is an attractive country for work, according to studies