Prague withstood the competition of the metropolis on average

Prague – Exactly in the middle, in the divided 30th place, Prague finished in the international survey IPSOS Top Cities 2017. 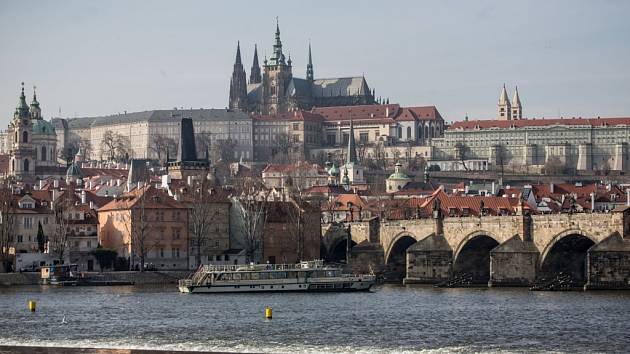 He evaluates the attractiveness of the world’s metropolises in terms of housing, business and as a tourist destination. This spring, the marketing and consulting company Ipsos surveyed more than 18,000 people in 26 countries, mostly from Europe and the Americas, as well as from Australia, South Africa, Russia, China, India, Japan and Saudi Arabia. The survey did not go to the Czech Republic, but unlike the previous survey in 2013, Prague was on the list of 60 evaluated cities.

Survey: Prague is in the middle of the attractiveness of the world’s metropolises

The rankings have leveled off since the past

the respondent should indicate in each of the three areas mentioned the three cities he considers to be the best in this respect. As expected, the Czech capital performed best as a tourist destination in this category, sharing 15th place with six other cities.

According to Lenka Sazmová from the Czech branch of Ipsos, the overall location of Prague is not bad either: “Only the metropolises of rich countries with a long-term reputation came from Europe. In addition, the rankings have leveled off considerably since the past. Especially the championship of New York is far from so sovereign. “

Five cities from Europe made it into the top ten

Bangkok, Istanbul and Shanghai were also located just before Prague. On the contrary, the American cities of Boston and Chicago turned out a bit worse. The Russians consider the Czech capital to be the most attractive, ranking Prague sixth overall.

In total, five cities from Europe, two from the United States and also from Japan in Japan, Sydney in Australia and Abu Dhabi from the United Arab Emirates finished in the top ten. “This is not a big surprise, given the growing popularity of the Emirates for business and tourists on a global scale,” added Lenka Sazmová.

Similar comparisons of world capitals are also compiled, for example, by the respected weekly Economist or the consulting firm Mercer. Each year, it assesses the quality of life in more than two hundred major planet cities, taking into account dozens of criteria such as crime, access to health care or cleanliness and the amount of greenery.

In this year’s ranking, Vienna defended the championship ahead of Zurich and New Zealand’s Auckland. Prague was the 69th, the best in the region of Central and Eastern Europe. And finally, one sad news for Praguers in a similar evaluation of the Numbeo.com server last year, Brno took 46th position, ie 12 places better than Prague.

The metropolis will grow in height, but only slowly 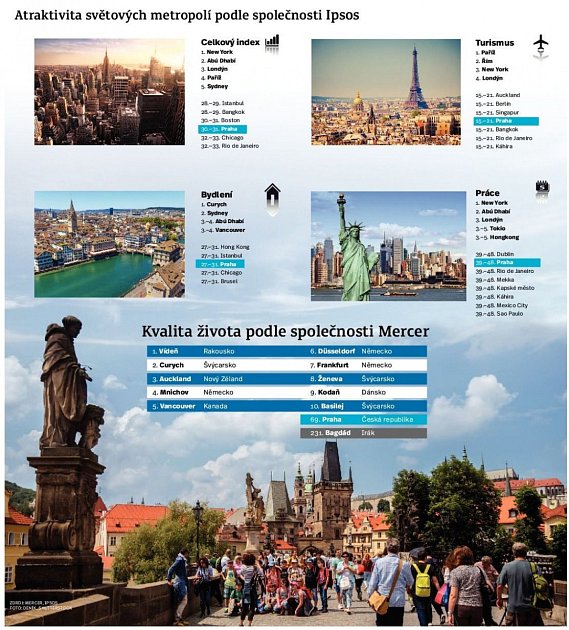 There will be two lanes behind the exit from Blanka to the main road, they have proven themselves

Radio DAB Prague starts broadcasting from a new studio. Look at its transformation after the reconstruction

They inaugurated Raudnitz’s house in Hlubočepy. He will soon welcome the first tenants from the seniors

‹ NASA-NOAA’s Finland NPP satellite sees Hilary o › Exchange offices should return the exchanged money within two hours, the CNB is proposing an amendment to the law