The Chinese love new business partners in Prague, they attract them to the giant fair in Beijing

Representatives of the Beijing Trade Fair in Services (BIFTS) are hunting new business partners in the Czech Republic. They are mainly successful with travel agencies. With the seminar, which they are organizing tomorrow at the Pyramida Hotel in Prague, they plan to attract up to 30 new participants to their fair. The giant fair, covering 50,000 square meters, is opened annually by the Chinese Prime Minister and is considered the largest of its kind in the world.

The Chinese take their fair really seriously, so one of its organizers, Zdeněk Hrdlička, is fighting for its support across Czech institutions.

“Regarding the promotion of the Fair, we communicate them with the CzechTrade agency and the Chamber of Commerce. However, we also want to cooperate with the Ministry of Trade and Industry, “says this expert on Chinese affairs. “The Chinese partners are even willing to share in the company’s expenses that the outgoing companies will have to promote their Fair,” he adds.

Jan Kohout or Wang Jinsong from the Chinese Embassy, ​​for example, will speak at a seminar for about a hundred people paid by the Chinese. From Czech companies, for example, Martin Tour or Mondial, ie mainly tourism companies, participate. China is represented by Huawei, ZTE and Bank of China.

The Beijing Trade Fair itself is scheduled for May 2018 and will take place for the sixth time. The event is supposed to be a counterpart to the Chinese Canton Fair, which, however, instead of services, generally focuses more on trade in consumer goods. During the last year, 25,000 exhibitors presented themselves in all zones. 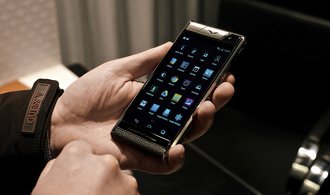