FlixBus is growing in Prague, adding lines to the south of Europe

The German bus carrier FlixBus intends to expand its network from Prague from the spring. In April, it will start operating direct buses to new destinations in Hungary, Slovenia and Croatia.

“In addition, the frequency of buses on the required routes, for example from Prague to Milan or Zurich, will increase to five connections a day,” said company spokeswoman Nina Göbbels. The company, which came to Prague in 2014, is responding to growing demand from last year. Its green buses on routes from and to Prague carried 114 percent more hidden passengers. The company does not want to publish the absolute number with reference to the highly competitive environment in Prague.

“Development despite the fact that the Czech capital has become one of the most popular destinations of the international FlixBus network over time,” added Göbbels. Prague is especially popular with tourists from Germany, the Netherlands and Austria. According to the spokesman, last year the number of people buying tickets on the company’s Czech website, which is popular with Vienna, Berlin and Dresden, also increased sixfold.

Founded by young entrepreneurs Jochen Engert, André Schwämmlein and Daniel Krauss, FlixBus entered the German market in 2013 in response to deregulation of the local market. The model is based on cooperation with local bus operators who run in FlixBus colors. Umbrella is the largest company in the country.

Another big RegioJet player confirms that the bus market in international transport in Prague is on the rise. Even the yellow company of the entrepreneur Radim Jančura is preparing to expand the network in the spring. According to spokesman Aleš Ondrůj, there will be new connections to Germany, Croatia, Slovenia and Romania. 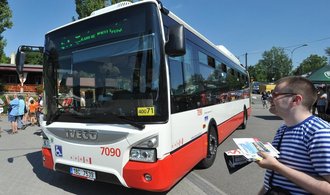