VIDEO: The world leader in DJI drone sales has opened the largest branch in Europe in Prague

The store consists of a sales area for regular customers, a training center for professionals, service areas, warehouses and offices. It offers its clients drone consulting, service, a certified flight school and the sale of drones itself.

The first authorized DJI store in Europe opened on November 11 last year in a shopping center in Rome, the day after in the Netherlands. A branch in Warsaw was opened on December 11, said Řešátko.

The idea to build an authorized DJI store in the Czech Republic arose a year ago. “The most difficult thing was to find a suitable space, the clash of cultures played a role. The idea of ​​the Chinese DJI representatives was that we would build a shiny shop window in an exclusive place – but that does not in itself mean that we would be commercially successful, “reveals Řešátko. “We forced them to think that we want a comprehensive solution, not just a store,” he adds, adding that the amount of the initial investment is between one and two million crowns.

The owner and operator of the store is Řešátkův Telink. “DJI provides the brand. We have invested in the business, so in some cases we have exclusive conditions, “explained Řešátko. As an example, he mentioned the possibility of stocking the thirty to fifty newest DJI Mavic drones, which are currently in short supply. “I expect to sell today, in the next few days at the latest,” said Řešátko. 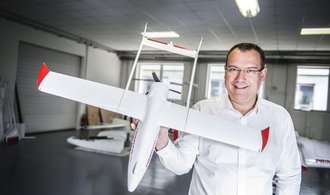 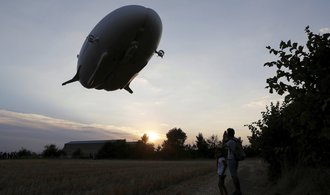 ‹ Dictator Kim does not trust his uncle in Prague. He sent a spy, the South Korean daily writes › MAP: Prague, ho, te and Bojanovice. Where is the real, sted eska? | Home