Dictator Kim does not trust his uncle in Prague. He sent a spy, the South Korean daily writes

Kim Pyongyong, 63, is the son of Kim Irsen, a former North Korean dictator and founder of the Communist regime in the DPRK. Prior to the Czech Republic, he served as ambassador to Poland for 16 years. The daily Choson ilbo described the move from Warsaw to Prague as an attempt to weaken his Kim Jong-un.

In Poland, Kim Pyongyil built a wide network of relations and, as the longest-serving ambassador in one place, strengthened his influence. Kim Jong-un reportedly wanted to prevent this, so he decided to move to the Czech Republic.

According to the Hong Kong press last year, there was an effort among former high-ranking DPRK officials who fled into exile to form a kind of government in exile, led by Kim Pyongyil. This may also be the reason why the ambassador in Prague is monitored by a high-ranking officer of the Ministry of State Security. 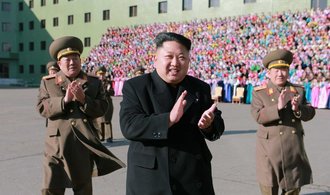 Kim Pyongyil has been in exile in various diplomatic posts in Europe since the late 1970s, so that he cannot interfere in DPRK politics. He allegedly fell out of favor with his father, who ruled the DPRK from the 1940s until 1994, because of his unrestrained lifestyle.

The media also speculates that due to the great physical resemblance to a father whom the North Koreans still consider a demigod, he is a political threat to the North Korean government, and therefore to Kim Jong-un.

‹ These are paradoxes. Today, the boss meets a mob boss who has served a legendary police raid on the Pigeons. What happened 30 years ago? A thriller from the wild nineties › VIDEO: The world leader in DJI drone sales has opened the largest branch in Europe in Prague