These are paradoxes. Today, the boss meets a mob boss who has served a legendary police raid on the Pigeons. What happened 30 years ago? A thriller from the wild nineties

Monday’s premiere part of the popular gastronomic show Yes, boss! and Zdeněk Pohlreich watch the audience, among other things, because of the boss’s famously vulgar but extremely creative sounds. But this time Zdeněk Pohlreich drove to the vicinity of the North Bohemian town of Kadaň, to a motorhome with the nice name Ušák, owned by a man associated with an extremely dramatic period of anti-mafia interventions in the Czech Republic.

The creators of Prima believe that this part Yes, boss! triggers a fiery discussion. The owner of the motorhome Erich is a person who is in itself very controversial. He talks openly about his past in front of the TV camera. He used to own the infamous U Holubů club in Prague, and spent a few years in crime. Now he is said to be extremely fixated on his family because he is able to do everything or almost everything. They do not even hide their very strong views of the contemporary world.

“We are not really bored in this rest house. For me, Erich was the prototype of the old school guy I love. A guy who doesn’t make excuses is action-packed and, despite all the controversy he can pose for someone, has a huge heart. She takes care of the child, wife, relatives and friend. Despite the hysterical political correctness, it must be admitted that there are also many such people living here, with exactly the same right to their own opinions, whether we like it or not. He did an incredible piece of admirable work in his pub in minimal time, and that’s what counts, “Zdeněk Pohlreich comments on his North Bohemian mission to Ušák. 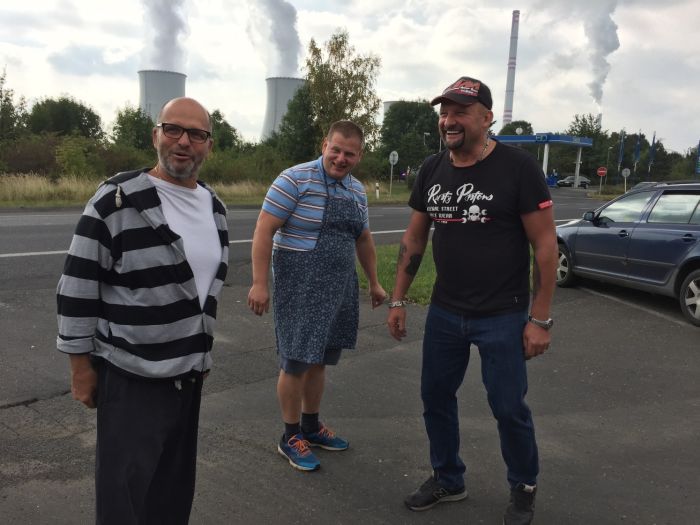 The owner Erich Szymaniec is therefore no business beginner. In the early 1990s, he ran two large nightclubs, as he himself told Zdeněk Pohlreich. In connection with the giant case surrounding the intervention against the Russian mafia in the U Holubů restaurant in Smíchov, he then spent several years serving his sentence. When he was released again, he decided to change his life. And he bought the place of night club Ušák. 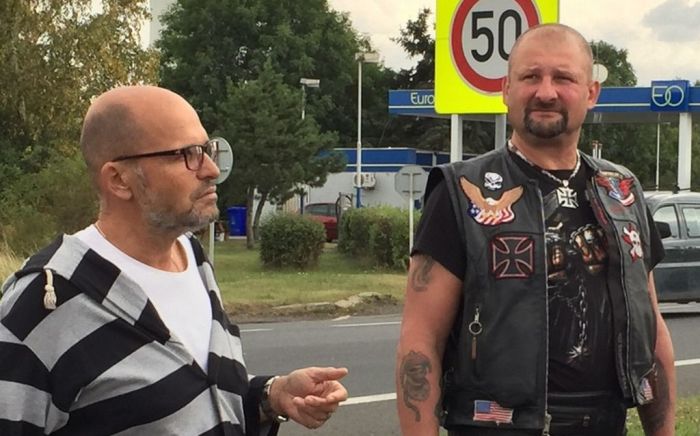 U Holubů intervention, what happened there?

In May 1995, a special URNA unit broke into the U Holubů restaurant in Prague. Several people from the former Soviet Union gathered at the boisterous celebration at the time to take an interest in our security forces. It was one of the first major actions against post-Soviet organized crime. But it was all far more adventurous…

The well-known commentator Jindřich Šídlo narrows, now on Zprávy Seznam.cz, but a few years ago it was still in Hospodářské noviny. In May 2015, on the twentieth anniversary of the “famous” intervention, he recalled: “Getting on the list of the ten most wanted refugees the FBI is looking for requires a really big name and performance. Semyon ´Seva´ Mogilevič (now 70) boasts both – he has been on the list for six years. But his fame lasts much longer. He has been the star of his field for more than a quarter of a century, “he started from the forest about a mobster from Russia, who is a bit like ours thanks to the Pigeons.

It is suggested that these are paradoxes, Mr. Vanek, when we read Šídl’s article… He can write quite dramatically, it reads like a spy thriller: “Paradoxically, thanks to the Czech police, although he feels grateful. And that saved his life. It happened exactly 20 years ago, on the penultimate day of May 1995, in the U Holubů restaurant in Smíchov, Prague. When the URNA intervention unit crashed there at about ten o’clock in the evening, it changed not only the program of one opulent party, but also perhaps the whole country. When this intervention is referred to as “legendary”, it rarely fits. “Officially, it was a birthday party of a certain Viktor Averin at the time,” recalls Zdeněk Macháček (then a 27-year-old rising police star, a top officer in the new Organized Crime Unit (ÚOOZ), which commanded the intervention). on the Russian-speaking Organized Crime Summit at the highest level. “

However, even the presence of a large number of mobsters, who have become accustomed to using Prague and the Smíchov restaurant on their business trips to Europe as a “cleaning zone”, has not yet given the police the right to intervene. The reason was found just a few hours before the party. Police received an anonymous letter stating that one of the invited guests, Mr. Mogilevich, was to be murdered during the evening. “In such a case, we simply had to intervene, otherwise we would have broken the law,” Zdeněk Macháček repeats the twenty-year-old legend. But the chosen victim did not reach the Pigeons at all. “Macháček shrugs. But that didn’t stop the big police action. And when the masked machine gunners entered the restaurant before ten in the evening, the reality exceeded considerable expectations.”

And Šídlo ends: “The period print depicts a three-meter-long roasted shark filled with caviar and ubiquitous cakes in the form of the sun – a symbol of the famous Solncev mafia. Its boss was Sergei Mikhailov, called Mikhail, who sat in the middle of the hall in a golden cloak as a sign of his position in the ‘company’. Hard-working “partners” could not be missing either. Just such a 90’s evening. The police arrested and took two hundred people to offices throughout Prague. But in the end, she didn’t blame any of them at all. “

Eleven years later, at the end of 2006, a BIS report was issued stating that the illegal activities of Russian-speaking and Balkan groups characterized by “gross violence” (extortion, burning, human trafficking, illegal migration, property and violent crime) were slowly receding into the background. and gradually changes into a legal business. Well, it’s not surprising that. Zdeněk Macháček, about whom Šídlo wrote and who was nicknamed the “15-year-old captain” by the police, experienced accusations (he was supposed to kidnap and blackmail a customs officer; Petr Balín was suspected of multimillion-dollar fraud in smuggling alcohol This has not been confirmed, however, his career with the police is over, today he is the head of security of a large bank. How many such careers at the police have gone out. And it happens with iron regularity to this day…

The FBI has entered the case

Let us return for a moment to Šídl’s adventurous article: “The rumor of a totally corrupt and unnecessary intervention by Holubů, almost police brutality, spread through the Czech Republic. The media was controlled by the owner of the company, Anatoly Katrich, a certain head of protocols of the Russian-speaking mafia in Prague, who willingly described all the horrors the police had in his luxury restaurant, which was also visited by members of the then Klaus government. But the Czech police also found their powerful supporters. Probably the most important team was FBI Director Louis Freeh, who a year after the incident, at the time of the incident, Machacek and other officers whether they had been accused had been invited by the Czech police delegation to Washington and personally thanked her for the action at the Pigeons. It was clear that this was much more than just one murder that never happened. “ 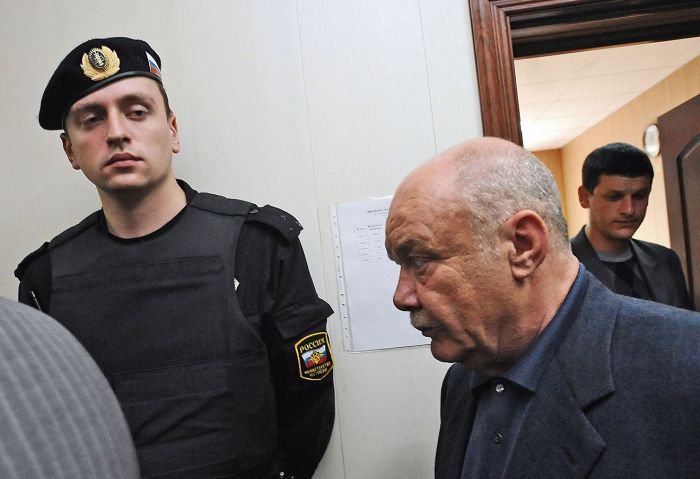 Seva Mogilevich at the Russian court, 2009

“The most important result of the event was the identification of all present. We had their photos and fingerprints together. That was of great importance, and not only for us, “Macháček told Šídl openly. The results came soon – several visitors to the party were within a few years of death or at least in prisons around the world. Russian police due to tax evasion in 2008 – compared to hired killings, drug, gun and human smuggling, or money laundering attributed to him by Americans but never proven, was trivial, a year later he was released, and according to the FBI, at rest in Moscow, “concluded Šídlo. Just wild nineties with everything. And today we can see one ´mafiánka´, he will cook with Pohlreich in a rest house called Ušák. Real paradox.

Are life, authorities, politics rolling you? Send us your story at.