The number of permanent employees will reach 2,300, for that another 4,000 temporary workers will commute here during rush hour until the end of December. The company assumes that many of them will travel by train.

“We assume that almost 30 percent of the employees working in our centers in Dobrovíz will gradually start using train transport. We will therefore be able to reduce the number of our buses used by employees for transport to Dobrovíz, “said Karel Foltýn, Amazon’s Personnel Director for Central and Eastern Europe, at the opening ceremony.

Timetable for new direct trains from stops Dobrovíz-Amazon at Prague’s Masaryk railway station and back is tailored to match the beginnings and customers of shifts in the distribution center.

The platform can be extended up to 200 meters

He collaborated with the Central Bohemian Region, the municipality of Dobrovíz and Czech Railways on the establishment of the Amazon stop. The line in the direction from Prague leads past Dobrovíz and Středokluky further towards Slaný, but there is no regular passenger transport in this section yet, only a seasonal tourist train. Many people use the D7 motorway for travel.

The platform is 90 meters longif a large number of people traveled by train, it can be extended up to 200 meters.

Increasing the number of wagons and individual connections, if they are busy, should not be a problem either. According to Michal Štěpán, Deputy General Director of Czech Railways for Passenger Transport, it is also It is important that a parking lot is built in Hostivice near Prague, from which people can get to Dobrovíz by train.

The amount of the investment company Amazon did not disclose, according to estimates, it was at least millions of crowns, because it was necessary to invest not only in the stops themselves, but also in the systems on the line and the like. 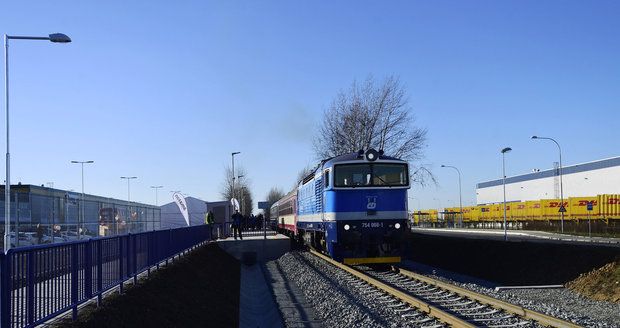 The highest danger, says the sexologist about the strangler from Bohnice. The young man remains locked up